European Elections: Using the opportunity to shape our future over the next five years 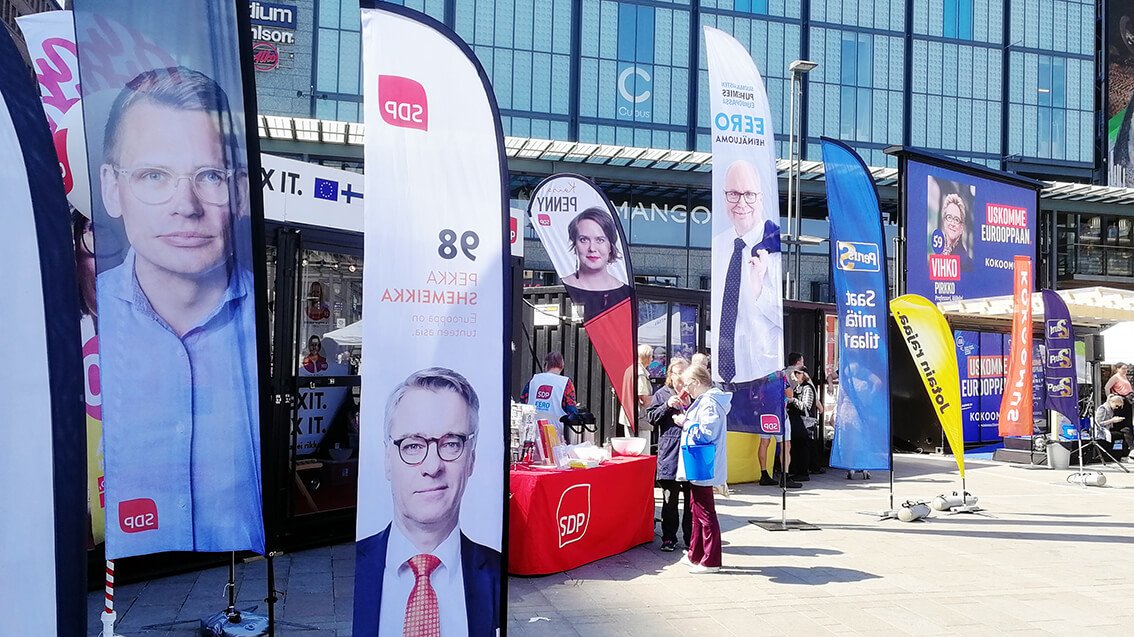 The European elections will take place 23-26 May. Over 700 Members from all corners of Europe will be elected to the European Parliament for a five-year period with the mandate starting on 1 July.

It has been interesting to see at least from the Finnish point of view how much the media has given the elections attention this time around, and it really looks like that the importance of the European Parliament has finally been recognized even here. Although the negotiations about the next Finnish Government are in full swing, it seems that there is more debate about the European elections than the Government negotiations.

It is estimated that some 70 percent of the legislation passed in the Finnish Parliament comes from the EU, so the European elections carry de facto considerable importance, although it is hard to gauge in the everyday life. In fact, one might say that the most important elections are the municipal elections and the European elections when looking at everyday life. They have the most impact. Unfortunately still the daily work at the European Parliament (and the other European institutions) remain distant for the average EU citizens, and the negative news shadow the positive ones.

The most important elections in Europe

Without a word of exaggeration, these are the most interesting European elections in a long time, and although it sounds very clichéd, also the most important. The world surrounding us keeps moving at an increasingly rapid pace and there is no other option for Europe than to tag along and even better, to try and be among the decision makers.

Since the last European elections, in geopolitics alone we have seen Europe being challenged among other by the events in Ukraine and Crimea, the Refugee Crisis, China’s increased power, Brexit and Climate Change to name a few. Economically Europe has finally gotten back to its feet after the Financial Crisis but is faced with the threat of trade war between USA and China, and also economic relations with Russia are affected by the sanctions imposed after the events in Ukraine and Crimea. Politically the nationalist-populist parties, who have made challenging the EU a core policy, have made significant headway in many EU member states and are looking to increase their political weight also in the European Parliament.

It is not exaggeration then to call these elections as the most important in Europe to this date, as during the next five-year period of the European Parliament and the other EU institutions, several heavy-weight decisions have to be made that will have great impact on these abovementioned challenges and they will very much shape our life in Europe.

The great thing is that we as citizens of Europe have the possibility to make our voice heard and impact how these decisions will be made, and this possibility is available to us 23-26 May.

Grab that opportunity and make your voice heard!