The quick pace of change causes increasing speculation about the future of media. A while back, Helsinki hosted an event focusing on the future of media, complemented by an avid discussion in social media. It soon became clear that it is difficult, if not impossible, to give a concise, all-encompassing answer to the theme in question, that is other than the plain truth: everything is media. Based on the discussion, the media of the future will be defined by at least these topics:

Below, a few of the mentioned themes are explored closer.

The fragmentation of media has reached the point that everyone and everything is media. In the old times, only editors and columnists with a recognized status were able to make their voice heard. Thanks to the rise of social media, the “means of production” of communication are managed by all, and everyone – knowingly or unknowingly – creates his/her own brand through, for example, blogs and tweets.

While many media personalities already now reach a wide follower base with their messages, essential in these consumer-generated media is not so much the number of followers, but rather the opinion leadership evolving as a consequence of the debate. Consumer-generated media are characterized by rapid change and the shooting star phenomenon: in the right context, anyone can instantly achieve wide publicity with an attractive conversation starter.

The role of the management in communication is absolutely essential, but perhaps an even bigger potential from the company’s perspective is related to the inclusion of the employees, who are often encouraged to share the organization’s content. When everyone is media, then also all employees are media.

When defining the media of the future, the concept can be expanded from the channel level of the individual to a broader context, in which the media reflects the cumulative effect of all ongoing dialogue. This dialogue would comprise all of the organization’s interaction with its stakeholders, including activities such as content marketing, social media discussions, customer service, and media visibility of the management. The media, dialogue’s combined effect, would be in a continuous state of change as a result of new conversation starters and the ongoing debate.

All signs point to the fact that dialogue generates enormous amounts of data. The need to identify reliable and relevant information will further increase. Future media success stories are the ones, which manage to compile data from a number of different sources and to refine it into information serving not only communications but the entire business objectives. 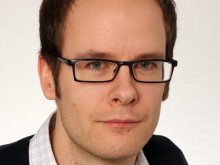