« Machine Learning Initiatives Across Industries: Practical Lessons from IT Executives
13 % of my job can be done by a robot »

From analysis to action – What can we learn from the UK party leaders’ earned social media publicity? 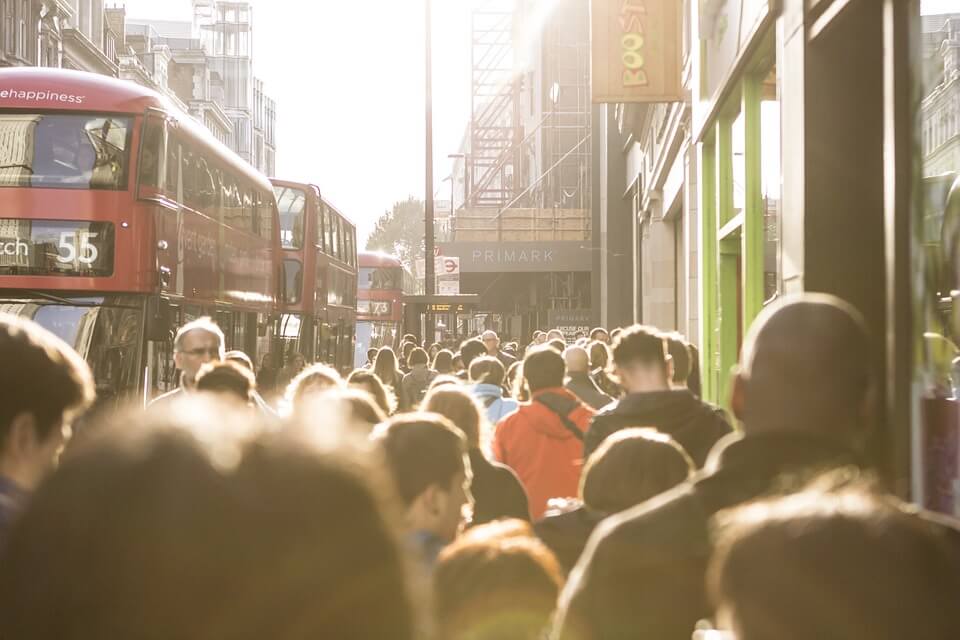 With the UK general elections now behind us, we cast an eye on our pre-election social media surveillance of the leaders of the biggest parties. What sort of publicity did Prime Minister and Conservative Leader Theresa May, Leader of the Opposition Labour Party Jeremy Corbyn, Liberal Democrat Leader Tim Farron, as well as the First Minister of Scotland and Leader of the Scottish National Party Nicola Sturgeon face in earned social media? And how can we use media analysis to make sense of it all? 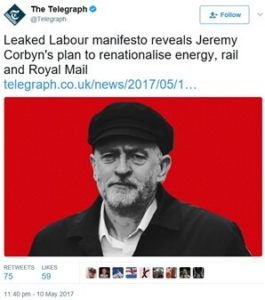 Clear objectives help in choosing what to measure

Choosing metrics and viewpoints for analyzing earned social media depends on the objectives of the analysis entity – the party leaders in this case. Relevant metrics should be chosen to track the success or failure of objectives.

Often, a logical starting point is the volume of publicity for those under scrutiny. Using a simple search, the name of Prime Minister Theresa May returned more social media hits than the names of the other “contestants” combined. Jeremy Corbyn featured in more than twice as many hits as Tim Farron or Nicola Sturgeon.

Next, we could look at the factors contributing to the volume of coverage. For all of the politicians surveyed, a clear peak in publicity could be identified between May 22 and May 24, explained largely by mentions of the party leaders in connection with the tragic terrorist attack in Manchester on May 22. Significantly, for the Prime Minister this publicity peak accounted for only about a third of the publicity in the four-week period that we examined, while for other party leaders this respective share varied between a half and two thirds.

In the field of media analysis – half science, half art – the benefits of automated vs human-based solutions have been debated for some time now. For instance, when defining sentiment for large volumes of social media data, a choice has to be made between using a computer algorithm and defining sentiment manually from a limited, representative sample.

Based on the case of our four party leaders, it can be argued that the computer is good at recognizing general nuances of discussion, i.e. whether the discussion is dominated by aggressive overtones and negative choices of words, or positive ones. Human being enters the picture when it needs to be analyzed whether Nicola Sturgeon was actually portrayed in a negative way in a social media update that contained those aggressive overtones.

Strikingly, the computer algorithm revealed that roughly a half of all discussion contained negative overtones. It can be safely concluded that social media rage has its place in the debate surrounding politicians. Negative sentiment was the most often connected with PM Theresa May, while updates that mentioned Labour Leader Jeremy Corbyn were the least often classified as negative, and the most often as positive.

One simple way to piece together the general content of social media discussion is to create a word cloud, detailing the topics used the most often in connection with the party leaders. For Theresa May, the main topic of discussion in May was Brexit, despite the publicity peak caused by the Manchester attack. Mrs. May appeared often in the same updates as her Labour counterpart, Jeremy Corbyn. Themes of immigration, NHS and dementia tax could be identified from the data, while Donald Trump, Brussels and the EU also regularly popped up.

A word cloud gives a snapshot of the themes in connection with which Theresa May appeared in social media between May 1 and 28. 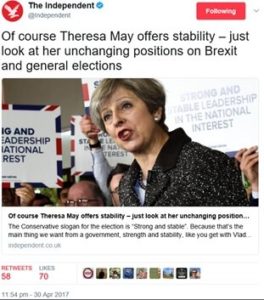 From results to action

The results of media analysis should help not only in explaining how well an organization (or a party leader) has succeeded in reaching its objectives, but also in guiding future action. The campaign team of Theresa May might want to analyze which themes were to blame for the fact that she was left clearly behind the levels of positive coverage that her Labour counterpart Jeremy Corbyn was subjected to. The campaign teams of Tim Farron and Nicola Sturgeon could discuss whether or not it is in their future strategic interests that the Liberal Democrat and SNP leaders get considerably less coverage in blogs and chat groups than the Conservative and Labour leaders.

Based on our social media analysis, the field of politics surrounding the UK party leaders is dominated by men. In cases where gender could be identified from a social media update, it was more than twice as likely to be posted by a male than a female. This result applied to all studied party leaders.

Again, this is a result that could guide action. There might be an organization with an interest in getting women more involved in politics. What sort of actions should they take to move from an unsatisfactory result to a desired objective? Media analysis can help in identifying the results of past actions and in choosing new corrective measures.

Sometimes the only thought coming to mind is incredulity, but in other occasions it may be difficult to assess in […]

Elisa, Fortum and Metso were the only companies to increase their share of positive publicity from Q1/2016.   Increased exposure […]