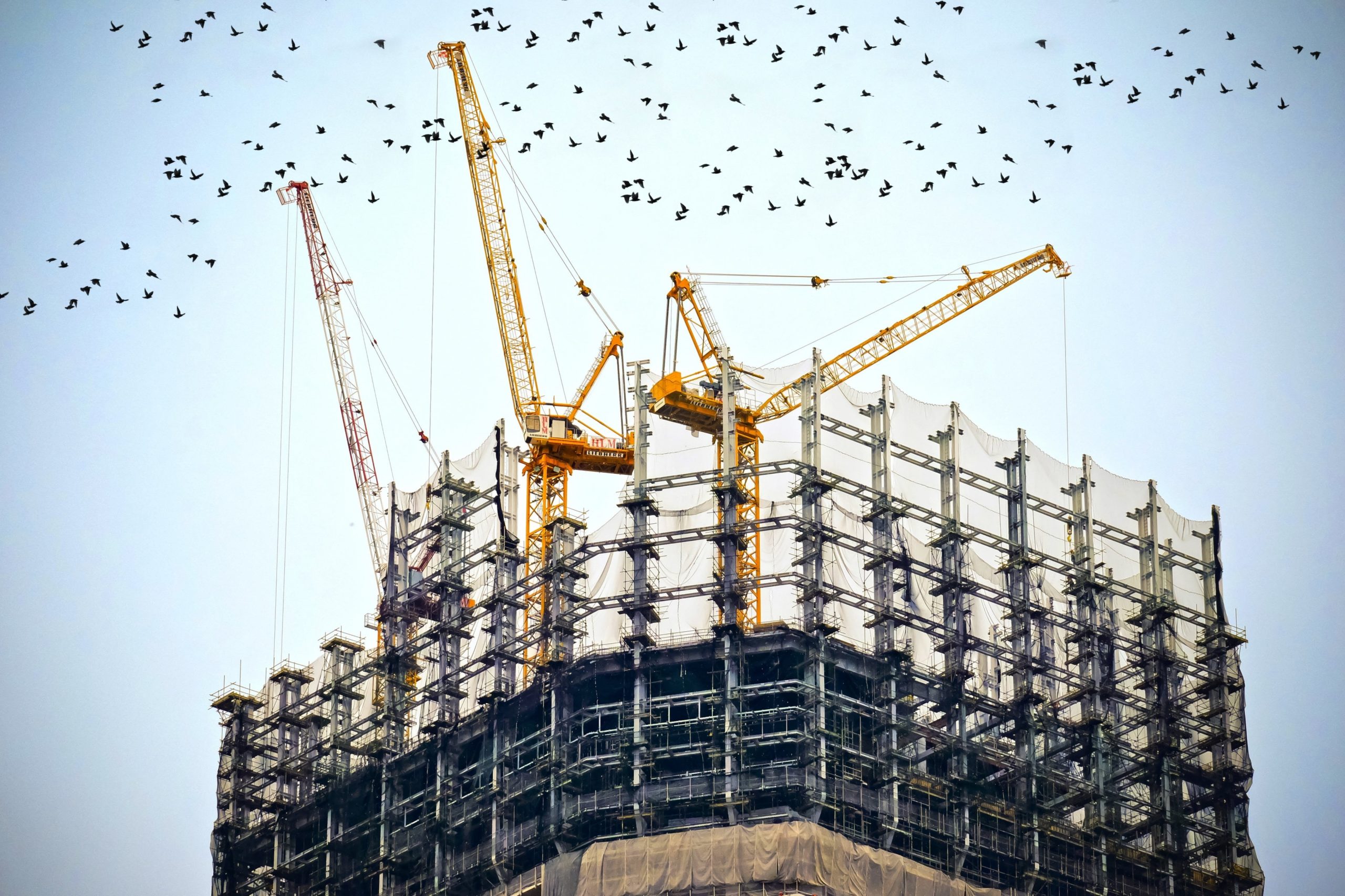 Wellness trends amongst the business community in Singapore should factor both in the design of sustainable buildings as well as the interior environment for an often overlooked reason – it can be one factor in talent recruitment, retention as well as foster productivity and innovation. Many studies have shown the correlation between productivity and the office environment. Increasingly, the property development, architectural, engineering and technology sectors are coming together to fulfill Singapore’s vision for a more liveable and productive environment by embedding smart technology and eco-friendly features into commercial buildings.

A building rating tool was launched by Singapore’s Building and Construction Authority (BCA) in 2005 that encourages such improvements as sun-shading exteriors, water-efficient fittings, computer modelling of energy flows, carbon emissions, efficient air conditioning and ventilation systems. As of 1st September 2015, there are more than 2,500 Green Mark building projects in Singapore. Recent recipients of the annual awards include the School of Art, Design and Media which won a Platinum Award recently with estimated energy savings of 83,333 kWh/yr as well as estimated water savings of 25 m3/yr.

A recent dipstick survey conducted by M-Brain shows that such efforts may contribute towards attracting and retaining top talent in this city-state. A significant 82% of professionals in Singapore said that their organisations are ‘responsible’ or ‘very responsible’ for their employees’ health, particularly with regards to wellness effforts in the workplace. In contrast, a significant 52% said that their organisations and workplaces currently ‘do not incentivise their employees’ with regards to living a healthy lifestyle’. M-Brain’s survey found that areas where companies in Singapore can improve upon, which are most important to employees, include ensuring ‘clean air, water and light’ at the workplace. 68% of respondents mentioned this is “most important” to them, 61% cited that having health insurance is key, with 58% of the respondents saying that having ‘comfort in the office’, that is, to have spaces that are comfortable and pleasant to work in is important to them.

In terms of factors that respondents see as becoming a more major influence on corporations to remain competitive and employ, as well as retain the top talent, Singaporeans listed the importance of remuneration, working from home, having work-life balance and fostering the creation of healthy relationships as most important, respectively. 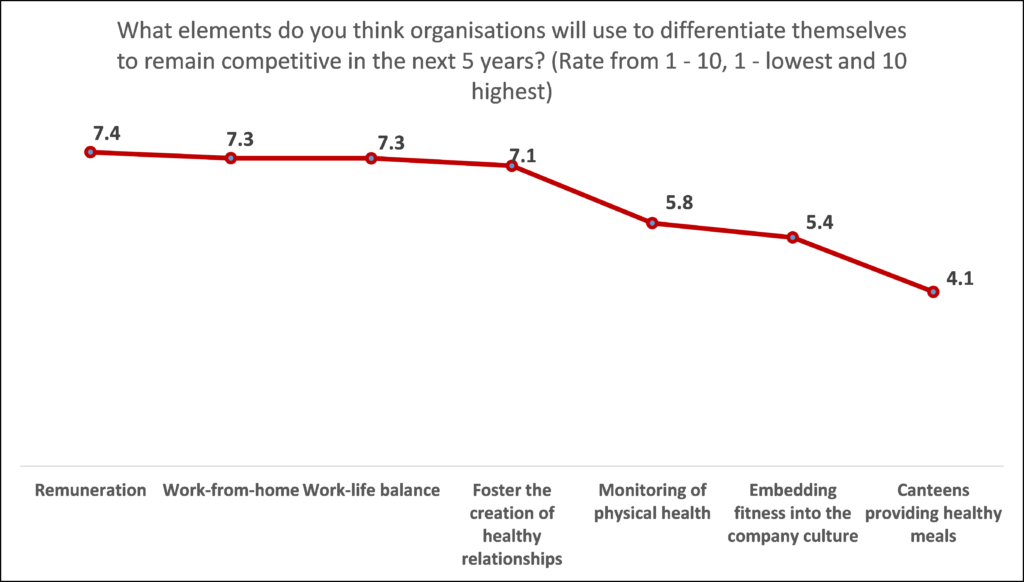 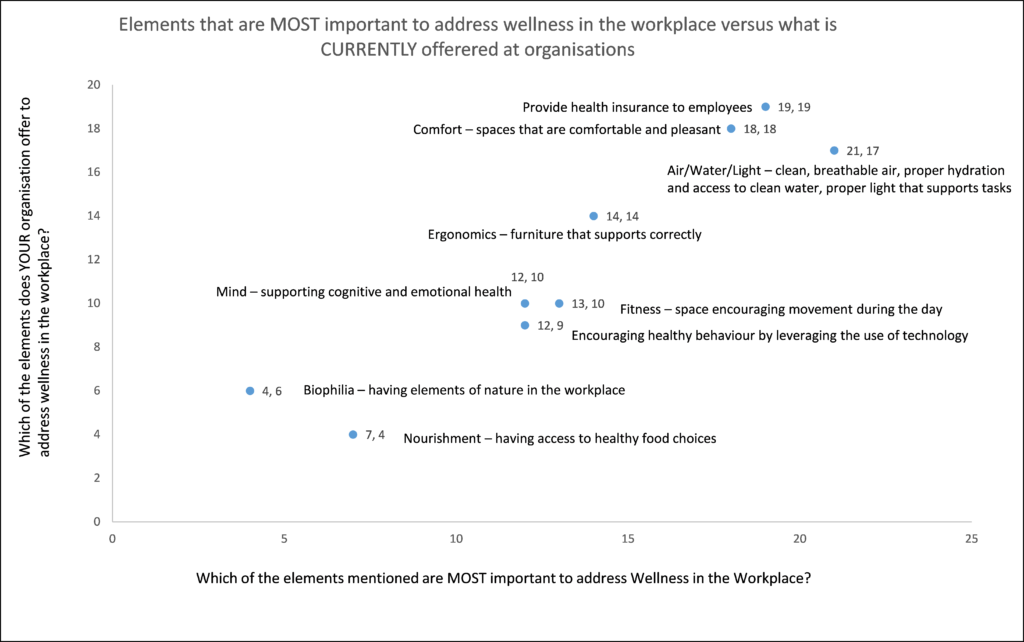 At technology corporation IBM, about 2,000 staff worldwide have been given a Fitbit, a wrist-worn fitness tracker, as part of a pilot programme. It has been said by an IBM employee that the devices have already stirred up competition between employees from different regions to walk the most steps. If the pilot works, IBM plans to give Fitbits to about 400,000 employees worldwide. These creative programmes are aimed at increasing productivity or keeping medical costs down, in the face of rising health problems among the workforce. At LinkedIn Singapore offices, standing desks were also created so users could switch between standing and sitting which encourages blood circulation by changing the movement of the user.

Demographic changes also dictate changes needed in the workspace and work lifestyles. Countries such as Singapore or parts of Europe are seeing an increase in aging populations. In Asia, this factor, coupled with filial cultures towards the elderly, means that flexible working hours that help keep older workers and carers in their jobs may become more important to keep employees motivated by catering to their personal needs. By 2030, reports say that Singapore will have 900,000 people aged 65 or older – more than four times the number 15 years ago. Flexible working hours catering to work-life balance offers an attractive alternative option for companies today. The Special Employment Credit (SEC) offered by the government in Singapore was introduced as a Budget Initiative in 2011 to support employers, and to raise the employability of older low-wage Singaporeans. It was enhanced in 2012 to provide employers with continuing support to hire older Singaporean workers. Significantly so, according to M-Brain’s latest survey, the ability to work from home and having work-life-balance are key to maintaining employee satisfaction, only after remuneration.

They say prevention is better than cure. Hence, factors that are rated highly by employees should be taken into consideration in ensuring that a company’s most valuable resource – its people, stay and are productive. The loss of talent affects an organisation’s productivity and business continuity in a myriad of ways. Valuable training time and cost is one. Also, the need and cost of spending time to re-hire and retrain, not to mention employees’ attempt to woo the business’s customers over to his or her new employers may pose risks for long-term business sustainability.