Every year, the Nose Day Foundation organizes the Nose Day campaign in Finland to raise money for nine charities helping children in developing countries. During the four-week campaign, everyone is encouraged to take part by doing something funny for money. The Finnish Broadcasting Company Yle supports the campaign with its programs – the biggest support being the five-hour live broadcast fundraiser Nose Day Show (Nenäpäivä-show).

Having fun and changing lives

Nose Day is about having fun and changing lives: during the campaign weeks, thousands of Finns – including many celebrities – events and challenges to raise funds for the cause. The funds are used for the long-term development of co-operation projects in Africa, Asia and Latin America run by nine charities: UNICEF Finland, Finnish Red Cross, Finn Church Aid, Fida International, Save the Children Finland, Plan Finland, International Solidarity Foundation, The Trade Union Solidarity Centre of Finland SASK and The Finnish Evangelical Lutheran Mission.

Red Nose Day was created in the UK after one of its most popular comedy directors, Richard Curtis, visited Ethiopia during the 1980s hunger crisis. Curtis wanted to get something started to achieve positive change and help the children in developing countries. He thought of clever ways to encourage individuals to raise small amounts of money. Since then, Red Nose Day has been a massive success in the UK, challenging everyone to “Do Something Funny for Money”.

Finland’s first Nose Day took place in 2007. The idea was brought to Finland back then by Nose Day Foundation’s founders: UNICEF Finland, Finnish Red Cross, Finn Church Aid and Yle. Since 2007, the campaign has continuously grown. According to Research Company Taloustutkimus, 73 % of Finns by now know of Nose Day.

Since 2013, the Nose Day Foundation has been monitoring the brand’s growth, exposure and social media status through M-Brain’s M-Adaptive tool. As the campaign is getting bigger and bigger, this sort of information is crucial when developing a campaign or brand like Nose Day – a brand that is made to encourage an annually growing number of people to do something funny in order to raise awareness and funds to help children in developing countries.

Every year, the Nose Foundation seeks new ways for people to take part in the campaign. When planning a campaign like this, information is needed on what kind of ideas/topics engaged people the most and what has the sentiment of their conversations been like: positive or not (and if not, why?), what topics have been the most interesting within social media (excluding the massive exposure of the live TV broadcast) and what social media channels work the best to engage people.
Every color represents a topic monitored this year: 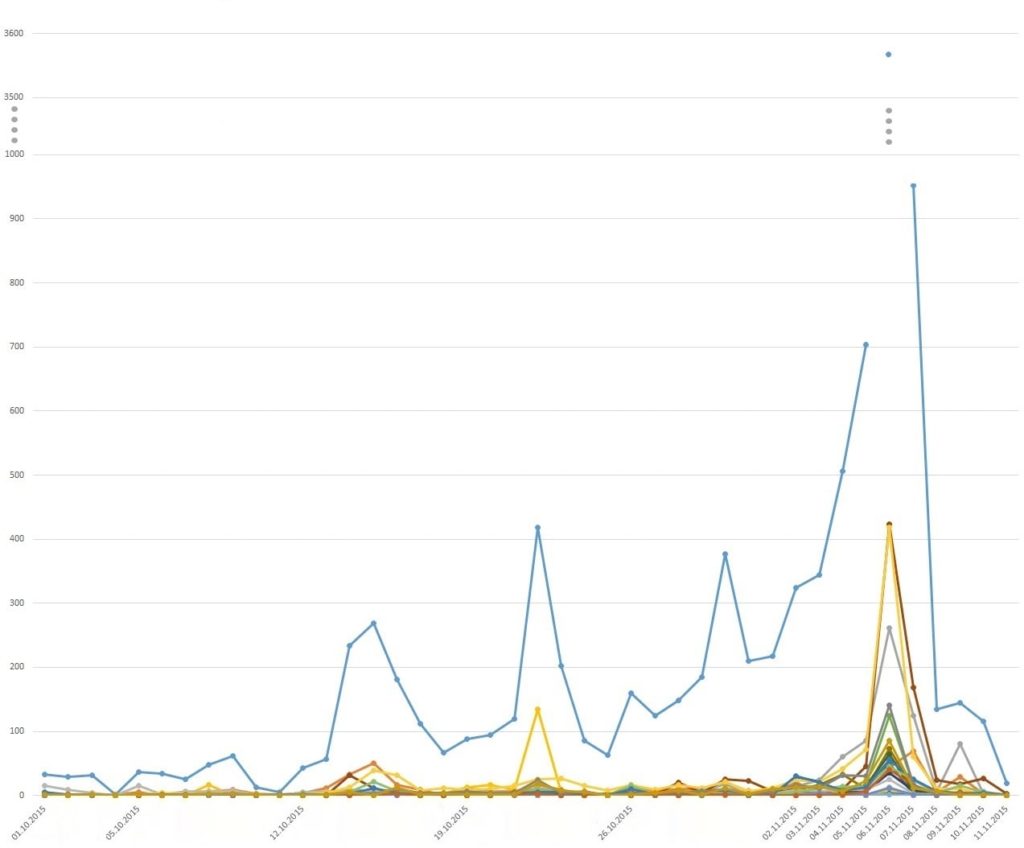 Via M-Adaptive, it is possible to monitor the importance of campaign supporters: celebrities speaking up for Nose Day generate a social media discussion. The positive change Nose Day is making in Finland is clearly visible.

Every color represents one of our supporters within Nose Day: 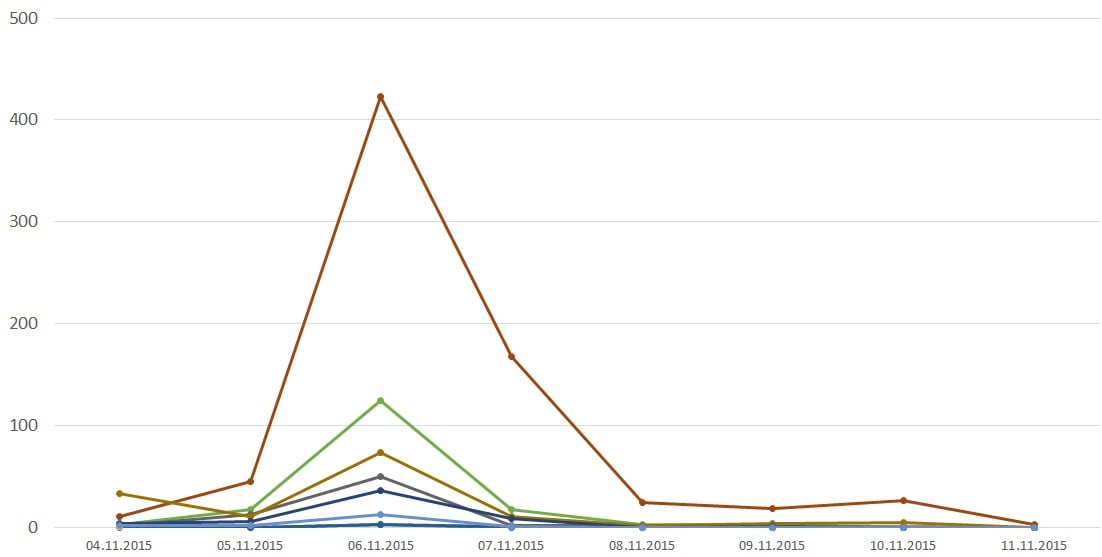 When about 4 million Finns know Nose Day, it’s amazing to see how few of the discussions are negative. When referring this information to the exposure of Nose Day in social media during the campaign weeks it tells even stronger about the positive atmosphere that it generates as a brand.

Colors specify the sentiment of the conversations and channels used:

M-Adaptive has really been media listening and engagement tool for us. We have also been able to follow how some of our new campaign ideas/concepts have achieved to generate conversation.
Every color represents a new campaign concept: 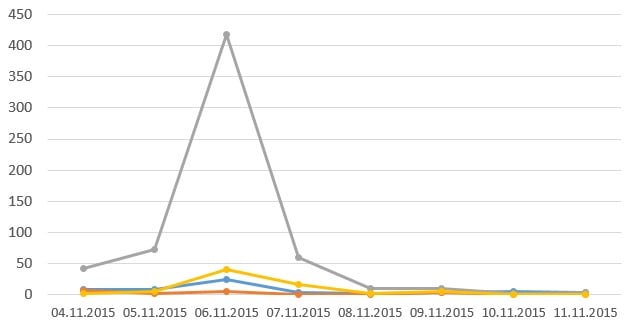 One more good thing about M-Adaptive is that it enables the Foundation to show all of its partners how many people it reached this year with its message, how many people were engaged in Nose Day. Many partners give their support for the Nose cause by providing services or giving their time/expertise pro bono to help to raise awareness via Nose Day in Finland. To them – like to us – it is a massive success to see our positive publicity rising, especially in social media – the people-to-people media!

Thank you M-Brain for supporting our campaign!