« Outcome of FIBEP World Media Intelligence Congress in Dubai
Media intelligence in turmoil – who will come out as winners? » 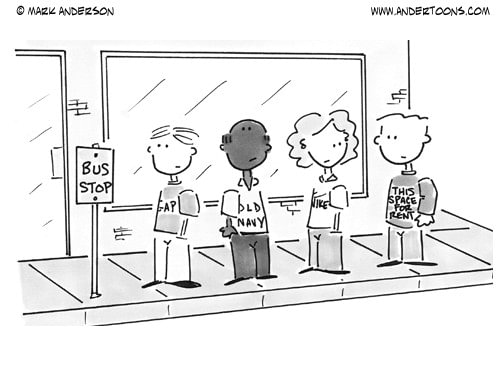 Native advertising has become one of the new buzzwords in the media and advertising circles in less than two years. This year the talks are switching into actions by many. On one hand native advertising brings some light to publishers who are struggling with declining revenue streams, on the other hand it raises the audience’s concerns about journalistic credibility as it blurs the lines between editorial and advertising content.

But what is native advertising actually? Here’s a compilation of several definitions out there: Native advertising, also known as branded or sponsored content, is paid advertising that tries not to interrupt reader’s user experience by following the form and function of editorial content in which it is placed.

Does this sound new to you? Or is it actually like the good-old advertorials, only reinvented with a new, catchy term?

Digital-only publications have obviously cleared the way, but traditional media houses are learning quickly. Newspapers in particular are busy in setting up action groups in order to join the movement, especially with their mobile products. In the mobile world, display banner ads have proven a big disappointment. The media agency Carat even states that we are shifting away from the “banner and button era” towards native advertising. No wonder newspapers are eager to take their chances with new alternatives.

There are two recent, notable examples of legacy newspapers jumping on the native trend. In the US, The New York Times just rolled out its first native ads along with its renewed product range. One of its new products is a low-cost mobile app called NYT Now which doesn’t have banner ads at all. Instead, it includes sponsored items, “Paid Posts,” through which users click for full access to content. The new product brings an interesting twist to the Times’ product portfolio as it now has an affordable product for those who are used to getting their news free and via mobile devices.

Meanwhile in the UK, The Guardian has signed a hefty “seven-figure” native advertising deal with Unilever. The year-long partnership involves Guardian creating content about sustainability issues under the Unilever brand. There will be a label signaling commercial support as well as promises from the Guardian of its editorial freedom. The Guardian is, just like The New York Times, pretty serious with its initiative. For instance, it has set up an in-house branded content and innovation unit called Guardian Labs. The money is needed, even at the Guardian.

Besides new, potential revenue streams, there’s also another reason for publishers to offer their journalistic resources for brands’ use. Without new, tempting alternatives, the brands could take the control for themselves after being disappointed by banner ads.

For example in Finland, one of the big retailers SOK recently stated its interest in building its own channels, and in the UK, Tesco has already taken the talks into action. With native advertising alternatives, brands are getting a new way to generate attention from online consumers ““ inside publishers’ channels.

What about journalistic independence and readers’ trust? Can the Guardian”“Unilever content be taken without associating it as Unilever’s green promotion? Native advertising surely raises these questions ““ even the US Federal Trade Commission arranged a tellingly-titled conference, Blurred Lines, to discuss the issue.

But perhaps the worry is needless. Native advertising seems to be, to a certain degree, self-regulating. In order to engage their readers, publishers and advertisers both need to respect them.

Twitter MD makes a good observation saying that “Native ads are respectful to the recipient and in the back of our minds we’ve always known it’s the secret to good advertising.” Misjudgments would backfire in no time as online channels have given consumers more power than they’ve ever had before.

So, what’s in this for the reading audience? An alert for being critical towards content. But in the best case, lots of good and pleasing content with less disturbing advertising and at a lower price. When you put it this way, it doesn’t sound bad at all.

Media intelligence in turmoil – who will come out as winners?