Are my press releases a waste of time or effective communication?

Click – there it goes! The press release has gone out to the world with the click of a button. It is now soaring ahead into the depths of the internet and into the e-mails of journalists, bloggers, and other interest group representatives. But what happens now?

In an ideal situation your headline has been titled so successfully that the recipients cannot bear to not open the mail. Content rocks, too, and it is forwarded in the hoped way: reporters write a story for a publication or deliver the news to the radio or television. Bloggers address the subject of the press release in their next post. And everyone shares the press release at least on Twitter and Facebook. Great success!

Or will your press release head straight to the electronic trash folder? No one opens the message they’ve received, read its content, and they certainly don’t share it. Perhaps the time spent on making the press release has been wasted.

By measuring impact you can be certain

One does not need to live in uncertainty, as a press release’s effectiveness can be measured by monitoring its reach and measuring its impact. The process advances in stages: 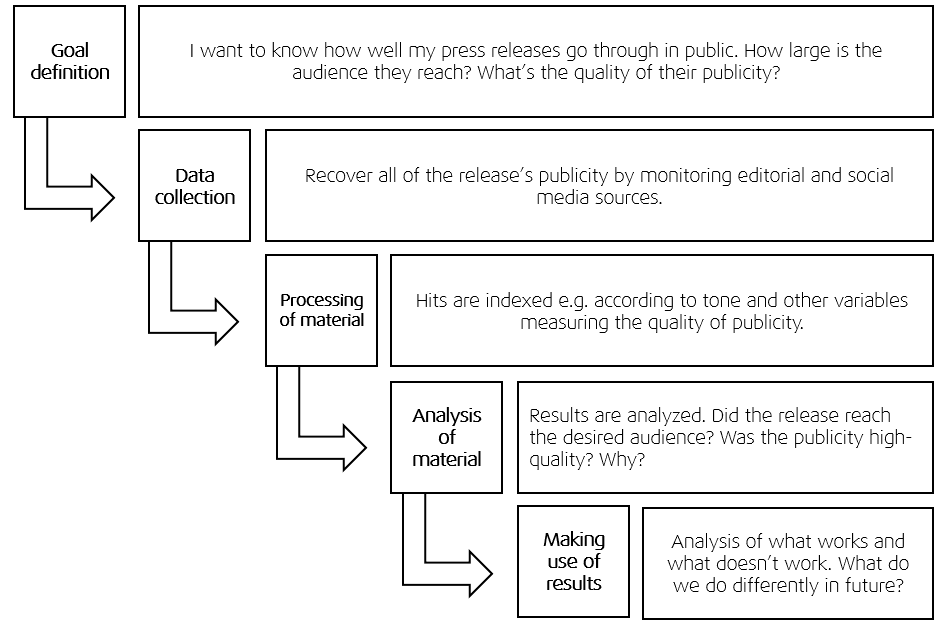 A press releases impact can be measured in quality as well as quantity:

Amount – How extensively has the press release spread?

Why would I want to be sure of its impact?

Everyone wants to do work with a meaning. It is rewarding to be able to prove to oneself and others that the work done has made an impact and that it helped to reach the hoped result. So if you previously haven’t considered the importance of the impact your press releases have, it is about time you do so.

By monitoring the spread of press releases and measuring their impact, you can set new goals for yourself and actually measure how well they are achieved. You can improve your own actions and make long-term plans. You can authenticate the meaning of your communications work. 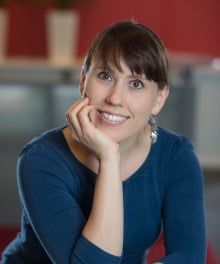 Sanelma was previously working as a Senior Consultant at M-Brain Finland. She has worked in the field of media and market intelligence over 15 years.