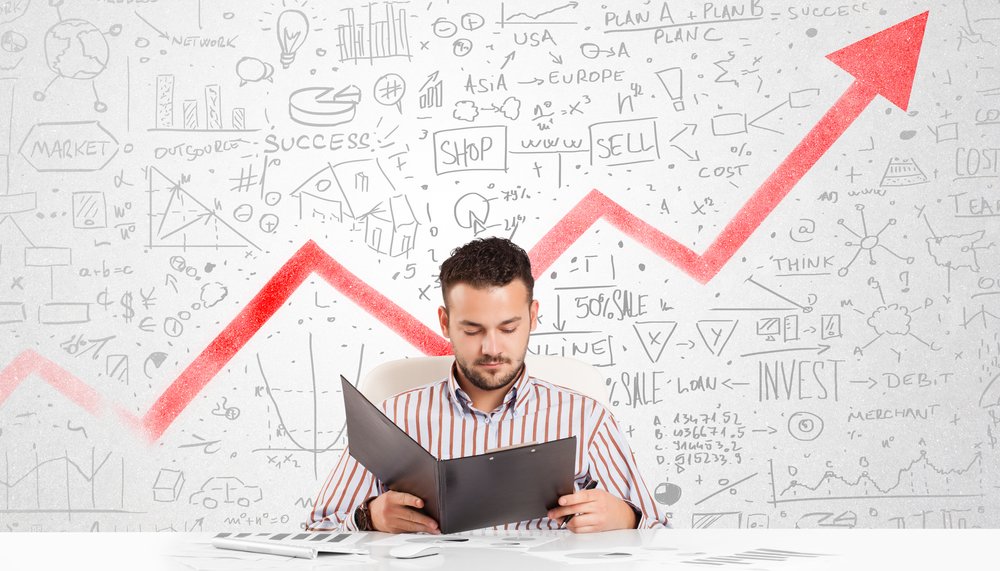 In July-September 2015, large Finnish stock listed companies appeared more often in the media in connection with favourable than unfavourable financial news. Stora Enso, Finnair and Nokia contributed the most to positive financial media coverage. Themes of management and responsibility were much more likely to result in negative media attention. In total volume comparison, Nokia topped the list, followed by Fortum, Finnair and Kesko, which increased its level of coverage the most.

Finnair’s media performance was the best of the year so far for the company, with 15 per cent of the total coverage being positive and 6 per cent negative. Despite losses early this year, things are now looking much brighter for the airline. Helsingin Sanomat listed factors going Finnair’s way at the moment: passenger volumes grew by 4 per cent between spring and early summer, while the boost of business travel added a second wind to the company. Crucially, Finnair’s supplementary services, introduced about a year ago and subject to a charge, have proved a goldmine for the company.

Stora Enso was assessed to get further stimulus for its profitability from the launch of a pulp factory in Uruguay. Analysts expect a whopping 70 per cent result improvement for the company in the second half of 2015. Analyst recommendations for the company share added to Stora Enso’s positive media publicity during July-September. 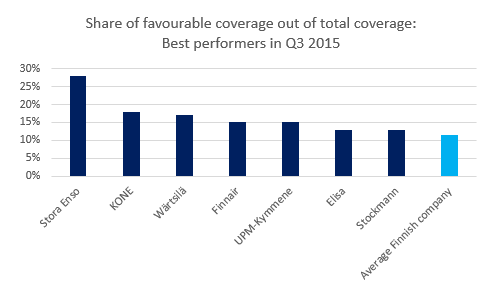 A significant share of negative media coverage in the theme of management was related to an extensive new survey, conducted by French Insead business school. According to the survey, the collapse of Nokia’s mobile phone business was due to the internal company culture and an atmosphere of fear: the middle management feared upper management, who did not want to hear of any bad news and feared competitors, such as Apple.

Researchers who conducted the survey point out that discussion in Finland has concentrated on “what went wrong with Nokia’s products”, while the relevant question to ask would be “why things went wrong”? Again, the answer suggested by the researchers is “because of fear”. Interestingly, the survey claims that Nokia’s competitor Apple was also led by fear, but the difference between the two companies was that Apple’s CEO Steve Jobs had a much better grasp of the company’s technology than Nokia’s leaders had.

Q2 analysis of large Finnish companies: growth for Nokia, at least in terms of media coverage

Among large Finnish stocklisted companies, Nokia was the only company to significantly increase its volume of media coverage in […]