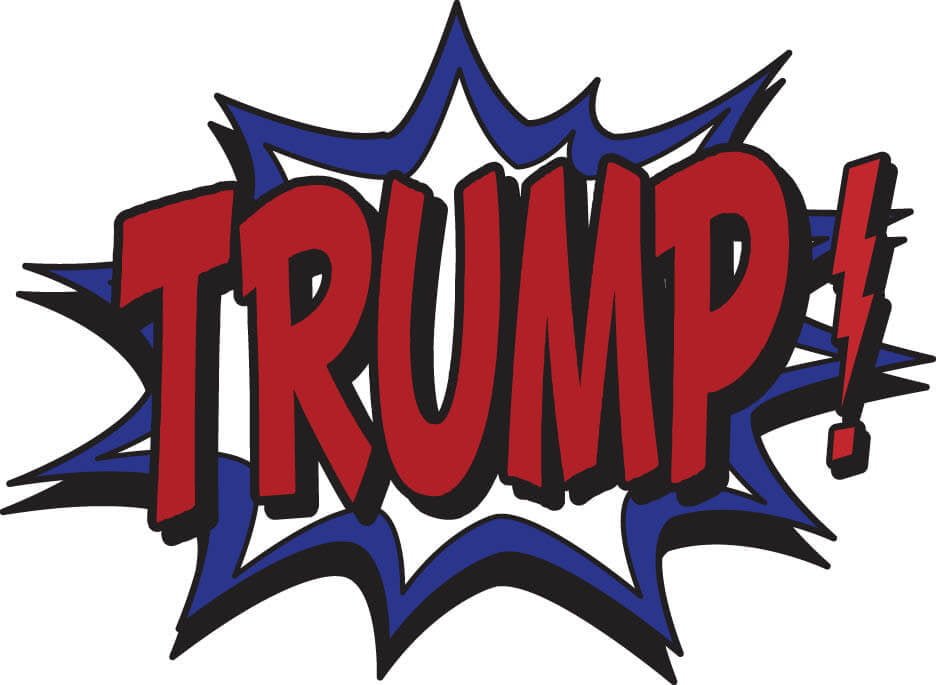 With the inauguration of Donald Trump as the 45th President of the United States approaching, we decided to take a closer look at his tweets from the past two months. After all, each new day seems to bring along something newsworthy from the Trump administration. Here, we wanted to focus on something more accountable, and analysed his tweets from the perspective of media outlets and the style of communications.

It remains to be seen whether the communication channels and ways of communicating favoured by Donald Trump will become the new normal. Below, we briefly look at Mr Trump as an influencer, as well as comment on some key takeaways based on his tweets.

What makes Trump an influencer?

Mr Trump can well claim to be what is popularly referred to as an influencer. Dictionary.com defines influencer as a person who has the power to influence many people, as through social media or traditional media. Mr Trump is certainly not that guy who follows 1 000 new people a day on Twitter in an effort to be credible – only to end up as the opposite.

In fact, the future president himself only follows 42 people – half of whom bear the name Trump, at least in their username. His follower count, on the other hand, is fast approaching 20 million. The stream of tweets that Donald Trump releases into the world is increasing exponentially – from an average of slightly more than four a day in December to between seven and eight a day in early January.

It is not only Mr Trump’s influential position, but certainly also his controversial style that keeps attracting followers from all walks of life and across the political spectrum. We are not talking about a social media bubble here – on the contrary, tweets of the president-elect generate a wide share of criticism in the comment section. Engagement levels are high: an average tweet in December was retweeted 18 000 times and liked 68 000 times. The content resonates with the audience.

The importance of media literacy

From the viewpoint of media outlets, one of the key takeaways from Donald Trump’s tweeting activity is that an ability to read and interpret the media will become an ever more important asset. This statement is based on the fact that the president-elect appears to have a very black-and-white view when it comes to different media. To illustrate the point, we tracked how three major U.S. media outlets – CNN, NBC and Fox News – came across in his tweets.

During our two-month survey period, Mr Trump mentioned the US cable news network CNN a total of ten times. In nine of these tweets, CNN was portrayed in a negative light. For example, Mr Trump tweeted that CNN is so embarrassed by their total (100%) support of Hillary Clinton, and yet her loss in a landslide, that they don’t know what to do. Commercial TV network NBC received a similar treatment: eight out of nine mentions were negative towards the broadcaster. 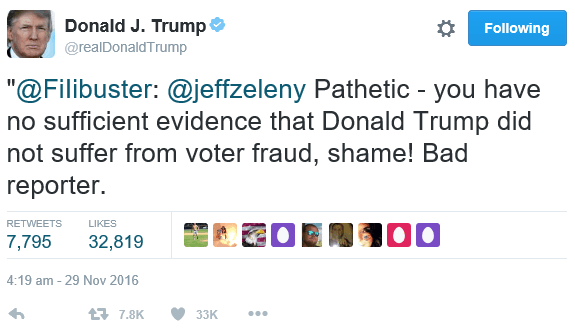 Vanity Fair and The New York Times were also included in the list of media that received a harsh treatment from Mr Trump, the latter he claimed to be losing thousands of subscribers because of their very poor and highly inaccurate coverage of the “Trump phenomena”. At the other end of the spectrum, four out of nine tweets that mentioned the news channel Fox News were positive towards the broadcaster, while five were neutral. Fox News was applauded for a great interview and for getting Russia. 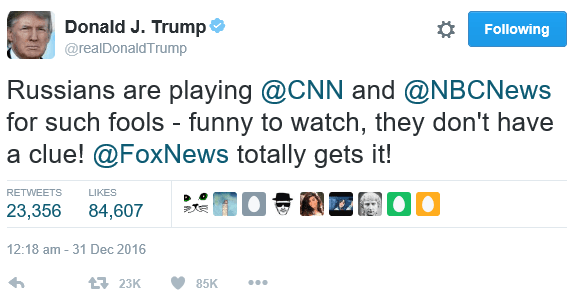 In case the ways of communicating favoured by Mr Trump will become more commonplace, we are likely to see more exclamation marks and repetition, as well as unfavourable adjectives to highlight the negative qualities of a thing or a person.

Exclamation marks are something that the future president is very fond of. These could be found in about 60 per cent of all tweets. Another favourite is repetition: the term that Mr Trump used the most often when referring to the media was dishonest. It was the dishonest media (that) likes saying that I am in Agreement with Julian Assange – wrong, and the dishonest media (that) does not report that any money spent on building the Great Wall (for sake of speed), will be paid back by Mexico later!

Instead of using argumentation, Mr Trump prefers to attribute negative adjectives to things or persons he dislikes or disagrees with. Those who followed the American presidential campaign remember the term crooked Hillary. One example found in the tweets was failing, constantly used in connection with @nytimes. 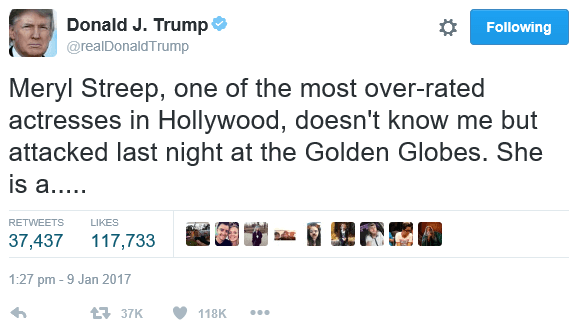 Clearly, the relationship that the new American president will have with the media is going to be a difficult one. It is not made any easier by the fact that Mr Trump wants to set the media agenda himself, and be the primary influencer. He already accused the media of not reporting about the positives, for instance related to the economy, leading to more accusations of dishonest and biased media from Mr Trump. Comparisons to Italy’s former Prime Minister Silvio Berlusconi have already been made by political commentators.

We will continue to monitor with interest how the relationship develops!

the huge amount of sources and consumer-generated media digitalization and dialogue real time the blending of earned, owned and paid […]