« Media intelligence in turmoil – who will come out as winners?
Manage Your Crisis, Minimize the Damage » 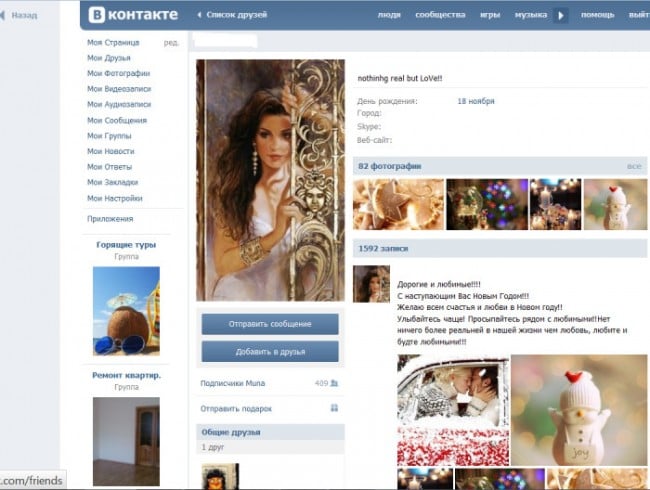 Russia’s answer to Facebook, VKontakte, is the second largest social network in Europe and one of the most popular websites among Russian speakers. VK includes similar features as other social networks as it can be used for example for finding contacts or sharing media content, status updates and links with friends.

Russia is Europe’s largest Internet market by number of users. In the past decade, the number of monthly active Internet users has risen from 3.2 million in 2003, to over 66 million by early 2014. Russia is experiencing digital awakening and quickly becomes a powerful online market.

Russia is now ranked 1st in Europe when looking at social networks’ popularity and 3rd in the world when measuring time spent in social media (average 10.4 hours per month). Among the most popular social networks in Russia are Vkontakte (VK) and Odnoklassniki. VK claims to be the most visited site in the Russian Internet space and has a major impact on the overall statistics for social media usage in Russia.

VK (originally named VKontakte, literal translation ““ “in touch“) is the second largest social network in Europe after Facebook. According to Alexa Internet ranking, VK is one of the most visited websites in the post Soviet states. It holds the first position in Russia, Ukraine and Belarus, and 3rd in Kazakhstan. According to eBizMBA Rank, VK is the 8th most popular social network in the world.

The founder of VK, Pavel Durov, launched the site for beta testing after graduation from St Petersburg State University in September 2006. It was a private social network for students. By the end of 2006, the domain name vkontakte.ru was registered, while the number of users was growing rapidly. The user base reached 1 million in July 2007, and 10 million in April 2008.

And VK’s popularity is still on the rise. As the chart below shows, the number of VK users has grown significantly over the past four years.

In December 2008, VK overtook rival Odnoklassniki as Russia’s most popular social networks. While Odnoklassniki is mostly used for contacting former classmates and finding old friends, VK is preferred by people willing to stay in touch with friends and relatives.

VK’s most commonly used services include private messaging and sharing photos, status updates and links with friends. VK users can post news on their profile walls, where user mentions and likes are also supported. VK also allows users to upload and search media content, such as videos and music.

VK has tools for managing online communities and celebrity pages. VK Groups are used for independent communities (discussion-boards, articles and quotations, editable by all users, etc.). VK Public pages include news feeds and other related information. Thus, VK offers a great possibility for companies and small businesses, as well as celebrities to promote their products and services.

According to experts, companies use Vkontakte to:

VK won lots of new users due to its availability in Russian language from the very start, while Facebook had no Russian language option until recently. Also free access to vast amounts of record notes, audio albums, playlists and video files attracts many Russian social media consumers.

And as it is, VK remains the fastest growing social network in Russian Internet space. Analysts also predict that in the next few years, the number of advertisements and PR-campaigns in VK will grow immensely. According to a quick opinion poll conducted among M-Brain Russia employees, all of them have their own pages on VK and visit the site daily. They use it mostly to share photos and interesting links, communicate with friends, listen to music or watch videos online.

M-Brain’s M-Adaptive keeps you up-to-date on the most recent online content. It combines information from both journalistic content and social media. The information you receive can be utilized in many ways in planning your business and in measuring its success.

I was recently scanning through a series of blogs from around the world using M-Adaptive, M-Brain’s digital media monitoring […]

Two years ago I was waiting for my flight to Mauritius at Heathrow Airport when I received a tweet: […]