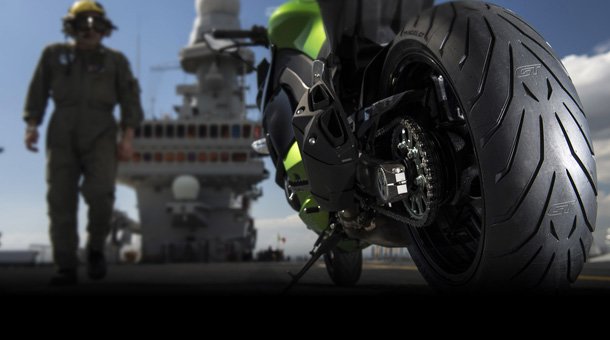 Pirelli Tyre is the world’s fifth largest operator in the tyre market measured by turnover, with levels of profitability among the highest in the industry. In 2007, the activities today under the aegis of Pirelli Tyre generated revenues of EUR 4.16 billion. Pirelli Tyre is involved in the design, development, production and marketing of tyres destined for various types of vehicles. Products for the consumer sector make up 70% of the group’s revenue, while the remaining 30% comes from the industrial segment. Pirelli Tyre focuses in particular on the high-end segments characterized by advanced technologies and high performance.

The tyre industry is now among the most fast-paced industries with its relatively long product development cycles and few surprises, in terms of really breakthrough innovation. Market dynamics, at least on very coarse scale, is also relatively slow, or at least it has been until recently. Yet intelligence activities at Pirelli play an important role in each product development team as well as in the strategic planning process.

At Pirelli, a structured approach to CTI was initiated in 2003, at the time when Ms Sgalari joined the company. Sgalari was given the responsibility to set up a CTI capability in the company that was supposed to function as an “antenna” towards the company’s operating environment, observing changes and identifying potentially interesting trends.

The CTI initiative was to facilitate sharing of internal knowledge about technical topics that were of competitive value to Pirelli. At first, the CTI function was established “as an experiment” under the company’s R&D unit. The primary focus of the CTI activities was patent monitoring, since it was (and is) the main source of detailed technical information about the innovation activity of Pirelli’s competitors.

Objectives for CTI at Pirelli

Competitive Technical Analysis is about the identification and assessment of technological advances that can be critical to the company’s competitive position.

At Pirelli, the objectives of the CTI activities supporting innovation and product development have been broadened compared to the early stages of the CTI initiative.

Listed below are some of the key activity areas today.

Pirelli is looking for intelligence on both product and process innovation, which are equally important topics for the company. In practice this means that Pirelli is looking at a rather broad set of targets to keep under their radar on an on-going basis.

“Patent information is perhaps the most valuable information for us”, says Ms Sgalari. “Tyre companies themselves rarely publish technical information of competitive value to any great extent”, Sgalari continues. “There are, however some industry consulting companies that conduct benchmarking studies on tyres on a regular basis. Such reports are of course available to everyone in the industry, but at Pirelli we also conduct our own benchmarking projects where competing tyres are studied closely in order to identify similarities and differences with the Pirelli solutions and inputs are obtained for targeting our own product development”, Sgalari explains.

In the CTI process, external data sources are complemented by insights from Pirelli’s internal experts mainly from the R&D dept. The process though is complemented and enriched by:

Today, Pirelli has a solid process in place for monitoring certain defined technologies and the existing competition with regards to emerging innovations. What still needs to be improved is the intelligence process around the “˜adjacent’ technologies that might be useful for the innovation process. “Monitoring the adjacent technologies is not exactly straight-forward”, says Ms Sgalari, “because of the large number of potentially interesting technologies that are related to tyre design and production.”

“Traditionally, we used to have a lot of the famous “˜not invented here’ syndrome demonstrated at Pirelli”, Giorgia Sgalari admits. The company takes pride in having a strong history of innovation and successful product development in-house, which has sometimes made it challenging to learn to appreciate external perspectives and influences from sources outside of the company.

Ms. Sgalari, with the R&D director support, has (and is) helping in changing this. “We have started what we call an open innovation process, by which we seek to identify interesting partners to co-operate with in order to develop new features, whole new tyres, or innovative production processes”, Sgalari says.

One practical example of the open innovation process at work: Ms. Sgalari found information in a technology magazine about a material that could potentially be applied in manufacturing tyres. She discussed this with her colleagues on the technical front who also found the idea worth investigating. “I then scanned the market for companies working with this material”, Sgalari says. “I found several, of which one company was of particular interest to us, and we ended up initiating an open innovation project with them. The project is still underway, but the results so far look promising. I hope we will be able to bring the project results into use in our coming products, to be launched in the near future”, concludes Sgalari.

Working together with car manufacturers is also an important source of information and intelligence for the CTI process at Pirelli. The company will continue to leverage the Ultra High Performance (UHP) areas of technology that result in increasingly specialized and higher performing products. The demanding and ever-growing partnerships with car manufacturers play an important role here, continuing to push technological advancements in the car industry. The more extreme the demands of the car, the more the vehicle makers and the market will reward tyre manufacturers for marketable technological innovations.

“Process innovation can be equally important as product innovation”, Giorgia Sgalari says, explaining that Pirelli has since 2001 revolutionized their tyre manufacturing system by means of automatization and robotization. Sgalari has been involved in this project from a CTI perspective, as it touches on best practices in both automatization and in process innovation. Benchmarking has been conducted against other leading tyre manufacturers like Bridgestone and Michelin.

Pirelli has developed MIRS (Modular Integrated Robotized System), a high technology production process characterized by full automation in which a rigid drum is carried through the various assembly steps by robots only.

The new process enables ““ and forces ““ tyre designers to radically change the way the work.

First of all, the new production process enables designers to gain the ultimate control over the manufacturing process. In the process of designing tyres, they now also set the parameters that will activate the robotized production process. This streamlines interaction between the design center and the manufacturing facilities enormously, and results of course in shorter lead-times than traditionally. With the new process, designers now have the advantage of being able to fine-tune the manufacturing equipment to the specific needs of the specific tyre they are developing.

The advantages of the new process in general are cost reduction, flexibility and quality improvement. Giorgia Sgalari has produced an analysis of what this means for the key players Michelin, Bridgestone, and of course, Pirelli itself.

New production plants based on the new manufacturing processes are characterized by significant savings in operating costs, manpower, energy, and productivity rate. They also allow a range of options in tyre design and construction that were undreamt of in conventional manufacturing.

Flexibility: Tires, even though traditionally considered as a commodity product, have in the last decade become increasingly influenced by market forces. The requests from car manufacturers for tyres specifically designed for single car models have triggered the emergence and success of production processes that allow extreme flexibility.

C3M, MIRS and BIRD are prime examples of processes characterized by this kind of flexibility in production, with minimal switching time between different tyre sizes or models.

Product Quality: The revolutionary idea of building on one hard core implies that no such conformation is needed as in conventional tyre manufacturing, where the initially flat drum is expanded to shape. This means the volume and geometry of the tyres are far more stable and chances of failure are reduced.

Giorgia Sgalari lists out what she considers as the Key Success Factors in Competitive Technical Intelligence at Pirelli.

Develop a customized CTI process tailored to the needs of individual end users. This is typically developed through a trial and error process. Lessons learned at Pirelli:

This will secure a continuous current awareness process, and will allow individuals to search for information when needed without burdening the CTI manager with trivial requests

Select sources based on your needs. Ensure that you have a good mix of internal and external information sources for your intelligence process.

Involve top management in the process and work hard to get CTI integrated into business processes.

4. The “Antenna” and the “cross pollinating Bumble-Bee”

As an intelligence manager, work as an “Antenna” that picks up and analyzes interesting signals. At the same time, also also serve as the “Bumble-Bee” whose mission it is to collect and share intelligence within the organization.