Lessons from Walmart’s 18 Years in China 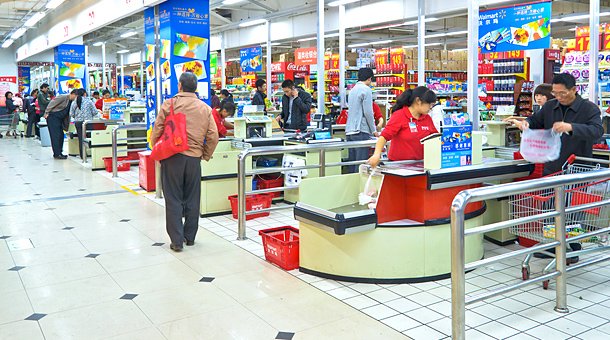 May 20, 2014. After nearly 20 years of operations in China, western retailers are still reconfiguring their strategies in the world’s most populous country. Walmart and other international retailers have made a concerted effort to succeed in China and have had to re-align their strategies several times. What have they learnt so far? The lessons are all tied to a few key unique China market characteristics that all companies with operations in China should take note of in order to survive in this increasingly competitive market.

While Walmart is well known in the west for its “˜everyday low prices’, the American retailer’s flagship brand is predominantly seen as a more expensive alternative to local retailers. News reports a few years ago pointed out that Walmart was priced significantly higher than Wumart, a local competitor.
The year 2014 will see Walmart China push higher-priced and higher-quality goods at its Sam’s Club stores in China, as an alternative to its flagship Walmart stores. This is to cater to rising income levels in the country and greater demand for safer, high quality consumables, a positioning that foreign brands have an edge in. Sam’s Club stores capitalize on that trend by offering safe products at fair prices to consumers.
The lack of a China specific positioning also played vital role in the decline of L’Oreal’s brand Garnier, its second largest global brand of hair care and skin care products. L’Oreal pulled Garnier off Chinese shelves in early 2014 due to “weak positioning”. Although Garnier products were priced competitively, the product offered little in the way of targeting to Chinese consumers, leaving them unable to identify specific benefits over local brands.
International brands should consider dropping their global strategy when it comes to competing in China. Instead, they should identify what their brand embodies in China, what market segments they appeal to, and drive market growth based on that knowledge.

Lesson 2: Not all Chinese consumers are alike

Although this lesson sounds novice to professionals and strategists, it remains the most prominent reason foreign companies fail in China. Walmart, with great effort, has had some hard won successes in this area.

Upon its arrival in the country in 1996, Walmart expanded rapidly in its battle with local retailers for available land, opening 20 stores a year for nearly twenty years, leaving little time to consider the huge variances in wealth and culture. Through a series of ongoing store closures and the development of regional sourcing hubs, the company has been able to identify customer preferences and meet those needs, but not without significant financial cost and investment of time. The pains of targeting the Chinese consumer are not restricted to Walmart though. Tesco gave up trying to go it alone and entered into a joint venture with a state-owned firm, leaving the supermarket chain with only a 20 percent share of its China stores.

Successful western companies, Walmart included, now take the approach of structuring their offerings by region and then by city tiers, to ensure that their products are tailored to the region, culture, and income class of the consumer. Foreign companies need to engage local market experts and staff with a keen understanding of the diverse range of 1.3 billion Chinese consumers, if they wish to expand across the country.

In 2011, Walmart was forced to close 13 stores in the Chongqing region for a two-week period after regulators found mislabeled pork products for sale there. Problems like these are too common for foreign companies in China and often stem from a misinterpretation of how the legal system works.

Walmart has leveraged its experience in developed nations by harnessing large legal resources and following the law to the letter. However, developing nations have fractured laws where national laws are often seen as guidelines for local regulators. Walmart’s attempts to follow the law have been frustrating, as they have seen their local competitors given a “slap on the wrist” for failings that Walmart has had its feet held to the fire for.

China has a fragile political environment. Companies need to understand their role in the community and that a divergence from that will leave local populations frustrated. When local populations are frustrated, little choice is left in the hands of the regulator but to act swiftly and harshly. Regulation remains fractured and inconsistent in China and companies should take note to fully understand the both the national and local regulatory structures.

While the company has seen its fair share of discontent in China, Walmart has been willing to change and abandon sunk costs. This, combined with their sheer volume of stores in the country, will prove to benefit the company in the future. What can other Western companies do, so as to smoothly transition into emerging markets? The long fought lessons of many foreign companies in China tell the story of resilience, small failures and the potential for large successes.