The Opportunities and Risks of Investing in Myanmar

February 6, 2014. The foreign investment law that Myanmar passed in 2012 set off a wave of interest in the country. The law allows for 100% foreign ownership in non-restricted sectors and an increase in land lease duration. It also grants foreign investors corporate income tax exemption for three years at a minimum, and exemption from or reduction of taxes on imported capital goods and raw materials.

However, a closer look at the opportunities and challenges of doing business in Myanmar is still necessary before turning interest into actual investment.

The opportunities in Myanmar

Myanmar, branded by the International Monetary Fund as Asia’s “˜final frontier’, has a population of 60 million and a growing GDP per capita at 7-8 percent annually. The consumer market is relatively young and offers great potential for suppliers of basic goods and services. The country’s attractive geographical location connects it with China, India, Bangladesh and the ASEAN members of Thailand and Laos, providing access to a market of approximately three billion people. 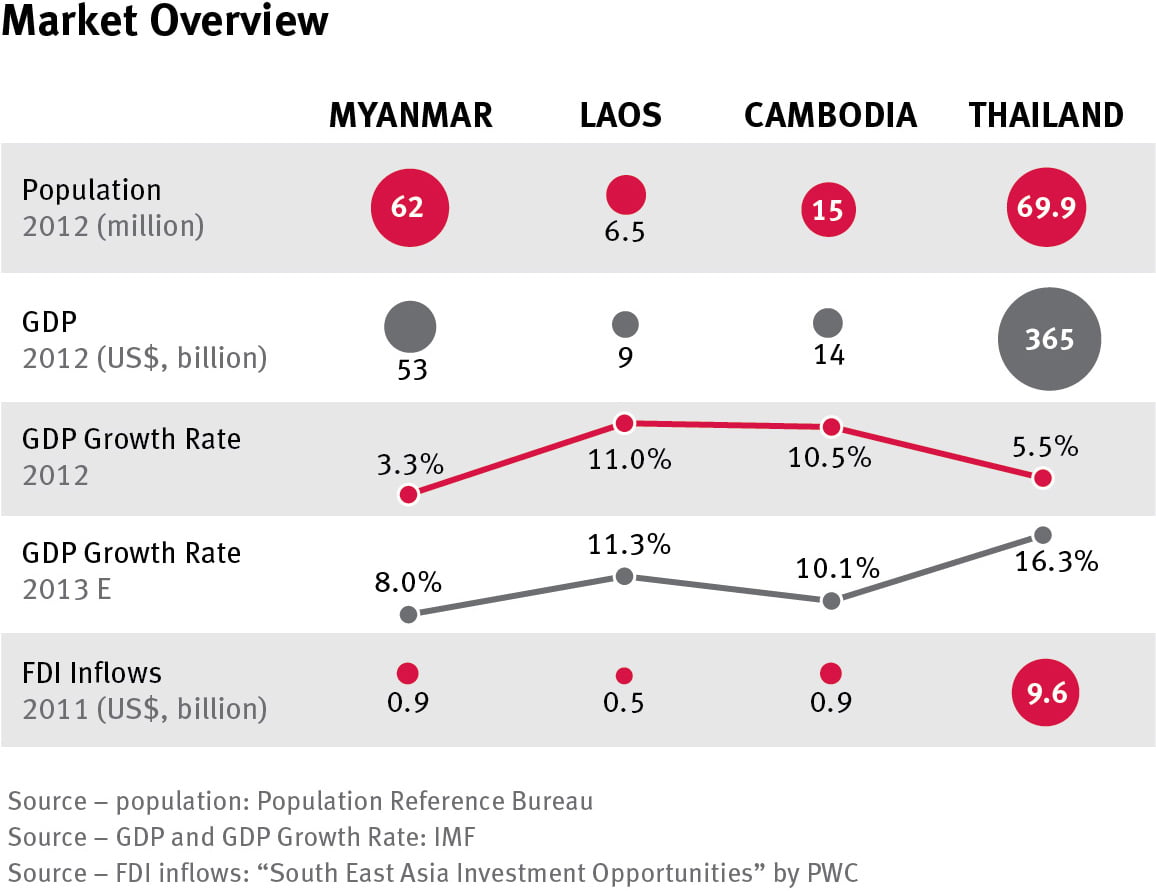 The country’s abundant natural resources have attracted the most attention, with the oil, gas, and mining sectors receiving the largest amount of foreign investment. Labour is currently cheap, albeit lower skilled, and productivity gains are to be expected along with industrial reforms and the introduction of modern technologies. Such factors make intensive Burmese export-oriented manufacturing attractive.

The Burmese government has identified the four pillars of growth for development. They are telecoms, banking, energy and major infrastructure. Besides these four, other key industries include tourism and market research.

Myanmar is one of the world’s last untapped mobile markets, with less than 10% of the 60 million population currently using mobile phones. The government is stepping up its liberalization of the telecommunications sector by allowing international firms to form joint ventures with local ICT (information and communication technology) players. 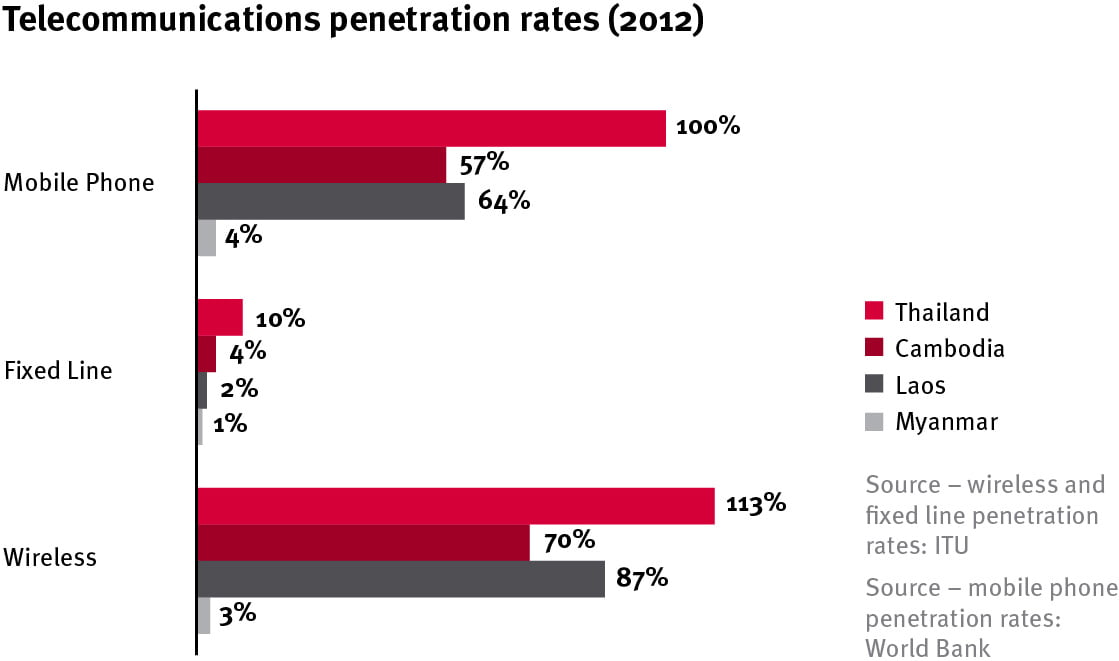 After the civilian government took power in 2011 and conducted successful reforms, the Internet has become more accessible to the Burmese people. Samsung is a market leader in Myanmar for mobile phones, tablet computers, TV sets, video players and refrigerators. Samsung, as one of the early movers, began work with two local partners and expanded its distribution in 2012.

The Burmese government has introduced a range of industry reforms to revitalize the banking sector and support an influx of investment, one of which allows foreign banks to establish joint ventures with local partners.

The government has put out 18 onshore and 30 offshores oil blocks for tender by international oil giants. Currently, 70% of the Burmese population does not have access to electricity, and the private sector faces serious challenge in coping with the growing demand for electricity. The government is eager to improve the current situation, and a comprehensive power expansion plan has been drawn up. 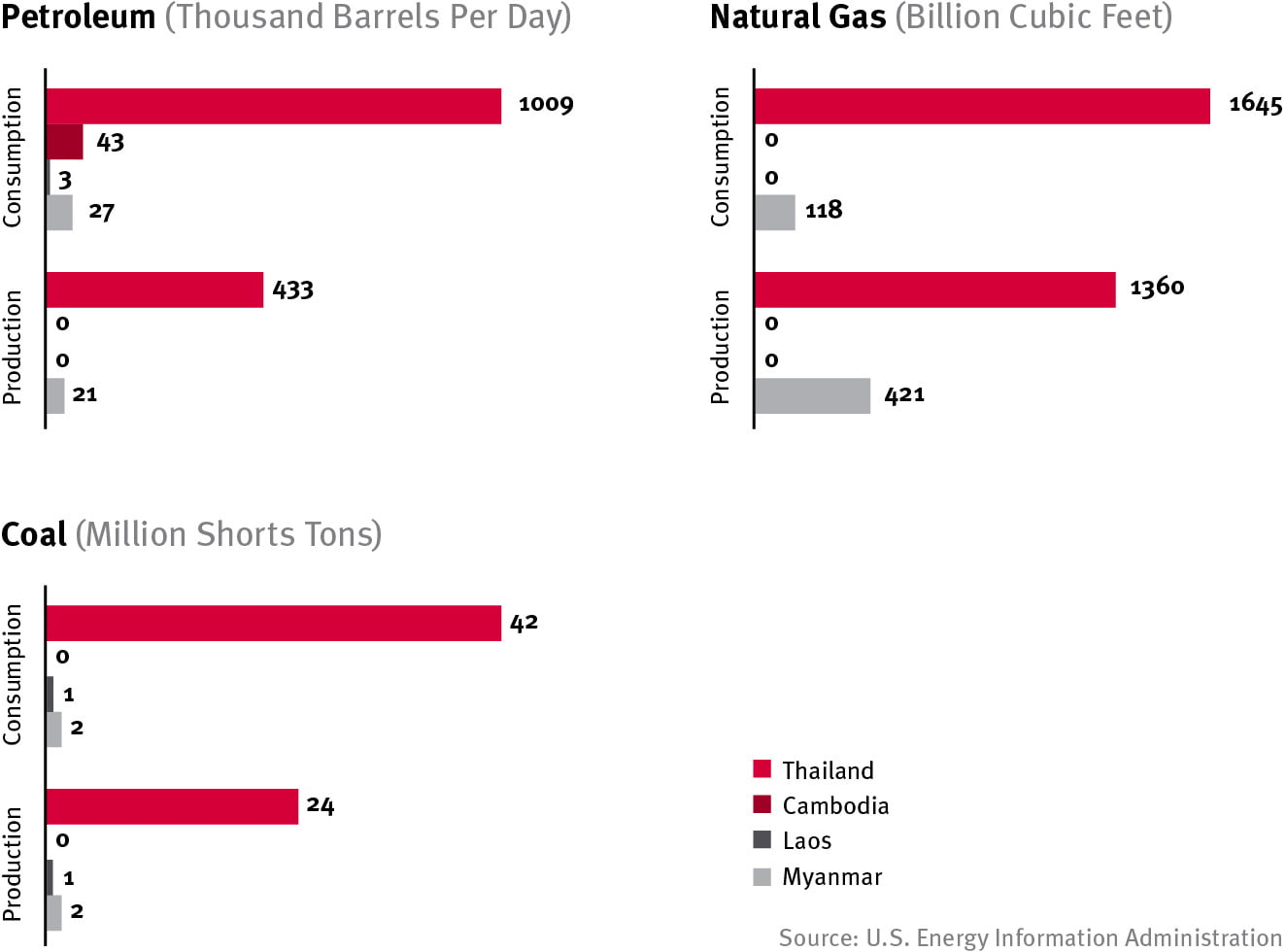 Daewoo Group, a South Korean conglomerate, has successfully conducted resource development investment in Myanmar. By the end of this year, Daewoo expects the natural gas it sells to China from Myanmar offshore wells to increase from 120 to 500 million cubic feet per day.

Limited hotel rooms, logistical capacity and coverage, as well as an underdeveloped banking system hold back a boom in tourism. As such, the government has formulated a seven-year tourism development master plan worth US$500 million.

Transparency is a tricky issue in Myanmar. Reliable information is not always available from the government, nor is there sufficient or accurate trade and market information. As such, it is expected that market research and consulting firms that provide market-specific consultancy to potential investors will be in demand.

The underdeveloped telecom and logistics infrastructure in Myanmar has long been an operational challenge to its businesses, which direly need good ports, road and rail systems. There is pent up demand for infrastructural development. 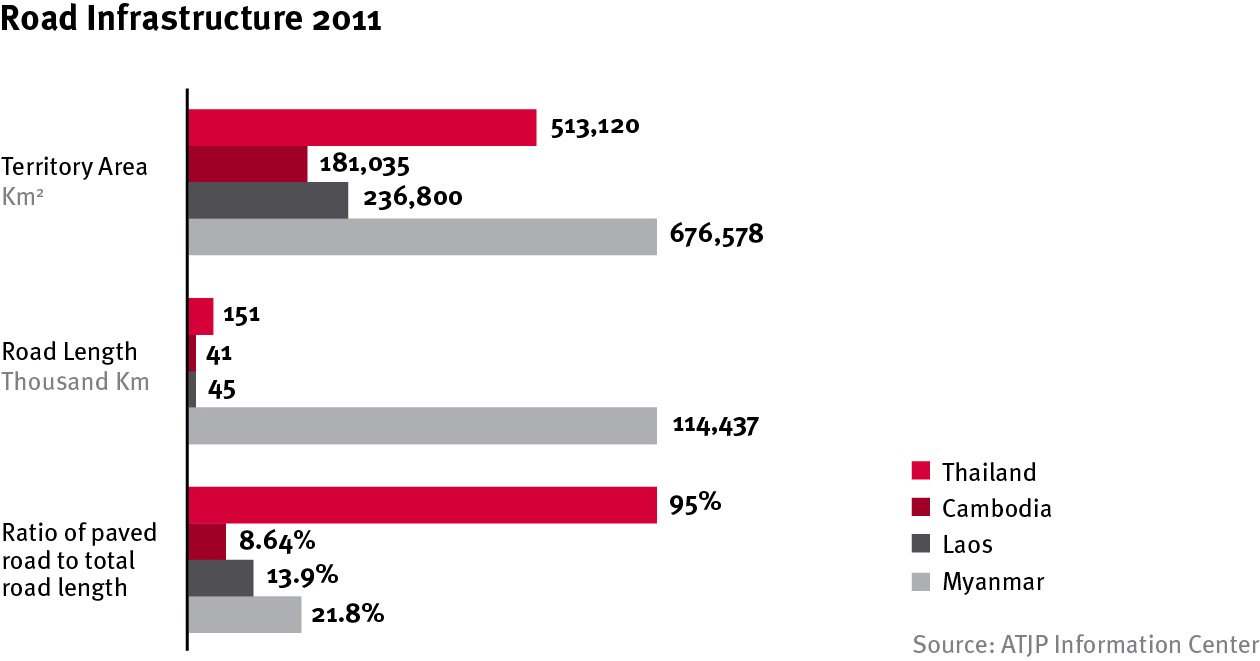 The risks of investing in Myanmar

As it is with any new frontier market, there are risks associated with investing in Myanmar.

Although Myanmar’s economic structure is transforming, the agricultural sector still contributes to around 40% of the GDP, indicating that the economy is potentially vulnerable to natural disasters such as storms, floods, and earthquakes.

Those operating on the ground in Myanmar frequently experience power outages, unstable telecom services and limited transport coverage. Foreign businesses may find that they have to make their own capital and technological investments, just in order to ensure smooth daily operations.

Myanmar’s economy is still substantially cash-based with less than 20% of the population having access to any formal financial service. Businesses also have to manage their daily finances on a cash basis, and this increases risk and cost.

As much as 70% to 80% of Myanmar’s workforce is employed in the agriculture sector, which still engages in traditional farming techniques.

Foreign investment in key sectors such as telecoms, banking, energy and infrastructure, are still restricted to joint ventures, making the choice of local partners crucial for foreign investors, particularly identifying the ones with the right market-specific knowledge and localization strategies.