« The 10 Commandments for Developing Competitor Battle Cards
Intelligence for M&A: Reducing the Risk of Post-deal Disaster » 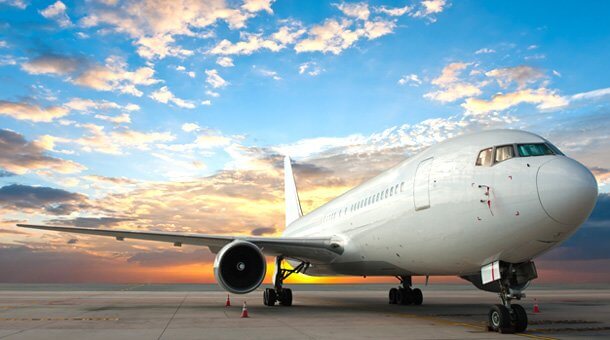 July 24, 2012. Only 8% of Canada’s exports are currently sent to emerging markets such as India, Brazil and China, while the majority (85%) goes to Japan, the U.S. and Europe. Exporting to developing countries and establishing operations there is key to Canada’s economic future, says Bank of Canada Governor, Mark Carney. M-Brain (formerly GIA) experts share their take on how Canadian companies can make the most of opportunities in emerging markets.

Bank of Canada Governor Carney recently said that a focus on emerging markets should not be a temporary solution while the United States is recovering or while the Canadian dollar is high. He considers it a long-term solution. “Emerging markets represent the greater opportunity for Canadian exporters. Since the recession, these economies have accounted for roughly two-thirds of global economic growth and one-half of the growth in global imports,” said Carney. He thinks that the opportunity for growth in the “post-crisis world” lies in these rising markets.

Carney blames Canada’s “deteriorating export performance” on what he believes to be a combination of overexposure to the U.S. markets and underexposure to faster-growing emerging markets – a belief that is shared by Prime Minister Stephen Harper, who said “For us, the United States cannot be our only export market. That is not in our interest.” According to Statistics Canada, North America accounted for 76.1% of Canada’s exports in 2010, down from 87.1% in 2001. During that same time period, the share of exports going to Asia and Europe nearly doubled.

“When speaking to Canadian companies that are interested in international trade, we often hear that the U.S. is a market that they know about, they understand, and they know how to engage in business with” says Rahul Dhingra, Senior Consultant at M-Brain (formerly GIA) North America. “However, when it comes to looking beyond the U.S., Canadian firms are more hesitant because the nature of those markets is simply unknown to them. For example, we hear questions and comments such as: “How do we determine the price benchmarks for our products in Latin America?” “We want to understand what the local and international competition is in Brazil before we decide to enter that market.” “We know this type of work is performed in China, but how do we find the best resources there?” Gathering information about the competitive landscape, the best approach to market entry and finding the most appropriate international trade partners can help to reduce the ambiguity, and therefore the risk, for Canadian firms investing in trade with emerging markets,” continues Dhingra.

Peter Hall, chief economist for Export Development Canada, says that if there is a weakness in Canada’s immediate future, it is that “our potential is greater than our capacity to do what we could.” He sees problems in the forms of labour shortages, slow productivity and capacity restraints. “We need to grow the supply side to meet the demand side,” he says. He believes that in order to overcome these problems, Canada needs to import labour without actually moving it. This means, more contracting-out jurisdictions where labour skills are either cheaper but also more available. “We have to shed this mercantilist notion that everything has to be done inside Canada,” he says, and that offshoring jobs still requires high-quality onshore jobs to manage them.

Carney believes that the direct exporting of oil, gas and minerals would be a good starting point and sees tremendous opportunities in developing green technologies and efficiencies that can benefit Canadians at home and be exported. “When you think about energy efficiency … in terms of green technology, energy efficiency, building efficiency, these are things necessary here given (high) prices, but they are massive export opportunities,” he said. “Our calculations are that about 85% of the resource productivity opportunities that measure in the $3-$5 trillion range over the next couple of decades are resident in emerging markets.”

That’s why, he said, he has been urging Canadian corporations to look to emerging markets, since the U.S. and Europe will be burdened by debt problems for years.

Brazil is one such market. The country managed to surpass the United Kingdom last year as the world’s sixth biggest economy and unsurprisingly, trade relations between Canada and Brazil have strengthened. Canadian exports to Brazil reached almost $2.6 billion in 2010, up from about $1.6 billion in 2009, making the country Canada’s ninth-largest export market. Leading the charge are machinery, paper products, mineral fuels and oil, and electronic equipment, as well as specialized goods and services, including aerospace components and mining services.

“While Brazil stands out in global markets with its exports – not only in commodities like iron and soy, but also value-added products like airplanes and cars – the country welcomes any effort by foreign companies to bring their products and services to Brazil. Internal markets, albeit a heavy consumer of manufactured goods of all sorts, have little access to imported goods, which face prohibitive import taxes and other protective barriers, worsened by Brazil’s extremely complex tax and legal structure. Many industries have good potential in Brazil, such as electronics, telecommunications, financial services, machinery, civil construction, and chemical, to mention a few. The Brazilian pre-salt, proximity of the World Cup (2014) and the Olympics (2016) also bring a myriad of opportunities to the region. However, understanding the market and its regional differences and partnering with a local company is key to survival and growth in Brazil. At the very least, companies must have strong support for legal, fiscal, and trading services,” said Natan Rodeguero, Vice President, Intelligence Services at M-Brain (formerly GIA) Latin America.

A Vancouver-based manufacturer of high-definition surveillance systems called Avigilon Corp., tapped into Brazil’s growing demand for security technology a year ago. (The nation’s crime rate is notoriously high, and on the rise.) “They’re embracing new technology in Brazil, so I would encourage companies with marketable systems to build new business there,” says Bryan Schmode, Avigilon’s vice-president of global sales. Brazil is now an important part of Avigilon’s growth plans for many reasons; among them, says Schmode, is that the country serves as a foot in the door for expansion into other fast-growing Latin American countries.

Getting your foot in the Emerging Markets door

According to Canada-India Business Council president and CEO, Rana Sarkar, Canadian companies that want to do business in emerging economies like Brazil, Russia, India and China (the BRIC countries) should be ready for a challenge. “You have to partner well and go in there with a long term attitude,” Sarkar advises business owners. “You have to determine how ready you are to become globally active. Do your research, join organizations and make sure it’s the right timeframe for your business and yourself.”

“China’s marketplace today remains extremely dynamic and shrouded in complexity; investors and new entrants will find high levels of industry fragmentation in most industries, heavy government subsidies for local companies in other sectors and an opaque regulatory environment across the board. The country’s massive disparities in wealth and development, and deep-seated regional differences means that any attempt to conduct market intelligence in China should start with the assumption that it comprises several markets, each of which needs to be assessed in order to get a complete picture of the total market potential,” says Nicolas Pechet, Managing Director of M-Brain (formerly GIA) China.

Russia and Canada have common interests in Arctic sovereignty and both have the necessary expertise to exchange in the development of natural resources such as metals and forests, oil and natural gas. The problem is that there are also barriers to Russian trade.

A major challenge for international investors in Russia is the concerns over rampant corruption in government-run and private-sector companies. There are also high taxes and problematic investment laws.

“The lack of strong value systems and the increasing share of government in the economy mean that there are very high levels of bribery and a centralization of power, finances and decisions in Moscow. The level of corruption increases enormously with big corporate or state-owned clients. It is possible to solve all problems without bribes, but it will take time. The increasing role of government in the economy means that it is necessary to study government plans to invest or to buy assets in your industry or to provide support programs to your competitors. In Russia, you can also officially buy financial statements, such as balance sheets or profit and loss statements, on every form of company. There is no real privacy. This may seem odd to outsiders but it is a standard practice here. Everyone also knows that the data will often be inaccurate because of “˜creative accounting’ to avoid paying taxes,” says Alexander Pechersky, Managing Director of M-Brain (formerly GIA) Member company, ALT R&C.

It’s also necessary to understand the insurance landscape in each country, which comes with its own set of rules, regulations and complexities. Other drawbacks to working with emerging markets include the lack of stringent securities reporting requirements, compliance issues, corruption, unpredictable government policies, and political instability. The absence of local demand for goods may also land a crushing blow to the economy if exports decrease.

Although there will be challenges along the way with doing business in emerging markets, the potential payoff could be huge.

« The 10 Commandments for Developing Competitor Battle Cards
Intelligence for M&A: Reducing the Risk of Post-deal Disaster »
Contact Your Local Office »