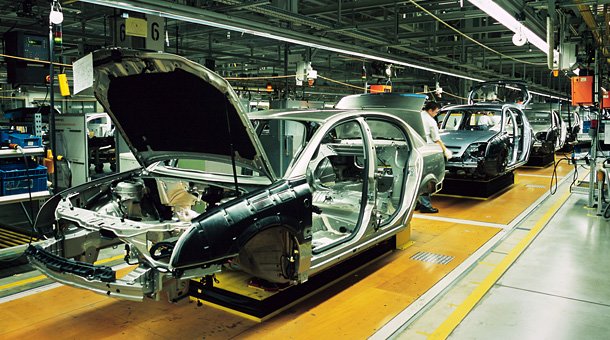 September 11, 2012. Automotive industry players have long seen Emerging Markets as key to survival. The carmakers in M-Brain (formerly GIA)’s Business Perspectives on Emerging Markets 2012-2017 Report survey said that they expect almost 40% of their total global revenues from BRIC, and other markets such as South Africa, Turkey, Indonesia and Mexico by 2017.

When M-Brain (formerly GIA) asked the 24 automotive industry professionals surveyed what their most important key success factors will be for emerging markets, they agreed on three; localized competitive positioning, pricing and localization of products and services. Ford Otosan, the Ford joint venture in Turkey, is an example of how local consumer knowledge can turn a manufacturing hub into a consumer market as well. Domestic sales for Ford cars reached 43% of the company’s revenues in Turkey for 2011.

Unlike other industries, which rated corruption, bureaucracy or economic volatility as their top threats, automotive executives say it is competition, both from local and foreign players, that threatens their foothold in Emerging Markets.

Emerging market carmakers are aggressive about becoming global brand names, with the likes of Beijing Automotive Industry Corp (BAIC) acquiring all the equipment and core technologies of Weigl Transmission Plant AB (Sweden). Other Chinese examples include Geely, Chery and Great Wall, who are now exporting to South America, the Middle East and Africa. Such moves help to strategically place Emerging Market players abroad, and to acquire the production expertise needed to compete effectively in their domestic market. In 2011 for instance, Chinese automakers exported around 850,000 vehicles, 50% more than in 2010.

Western markets may continue to outpace Emerging Markets by volume and total sales in cars for now, but this gap will be smaller in 2017 than it is in 2012. For auto manufacturers to capture the potential of the BRICs and secondary Emerging Markets, they will repeatedly face two challenges, to understand and to adapt to the fast growing markets.

Success Factors in Emerging Markets for the Automotive Industry (2012-2017)

Threats in Emerging Markets for the Automotive Industry (2012-2017)