December 14, 2009. Consolidation, increased competition and greater government regulation are top concerns for global Market Intelligence professionals within the financial services industry, according to the 2009 Global Market Intelligence* survey. Banks, insurers, stock brokerages, investment funds, consumer finance and credit companies are just very slowly recovering from the effects of the economic crisis. How will they use Market Intelligence in 2010/2011?

Conducted by M-Brain (formerly Global Intelligence Alliance), the 2009 Global Market Intelligence survey consolidated the responses of 69 Market Intelligence professionals and end users at some of the world’s largest global or regional financial services organizations, and provided some interesting insights. The total number of responses globally reached 724.

Industry consolidation brings some threats, and a slew of opportunities
Consolidation, increased competition and greater government regulation are perceived to be the top threats to the industry, while consolidation is also seen to bring many new opportunities. The “current reshuffling will leave several client segments insufficiently banked,” said one respondent. Several will also pursue new market segments such as Generation Y customers, small business, retirees and pensioners.

Companies will also look into relatively cheaper asset acquisitions, as they look to increase their assets under management (AUM).

Overall, financial services companies are looking to grow stronger and more innovative in their business models.

Overall, it is not surprisingly then that only half considers their decision making to be extremely or largely efficient. This is a matter for concern for an industry that is undergoing changes that have never been experienced before and which should be closely monitoring its environment. After all, the purpose of Market Intelligence is to facilitate accurate and confident decision-making that is based on processed and analyzed business information. Insights generated through the Market Intelligence effort improve planning, decision-making, operations and performance.

Change in need for Market Intelligence during an upturn 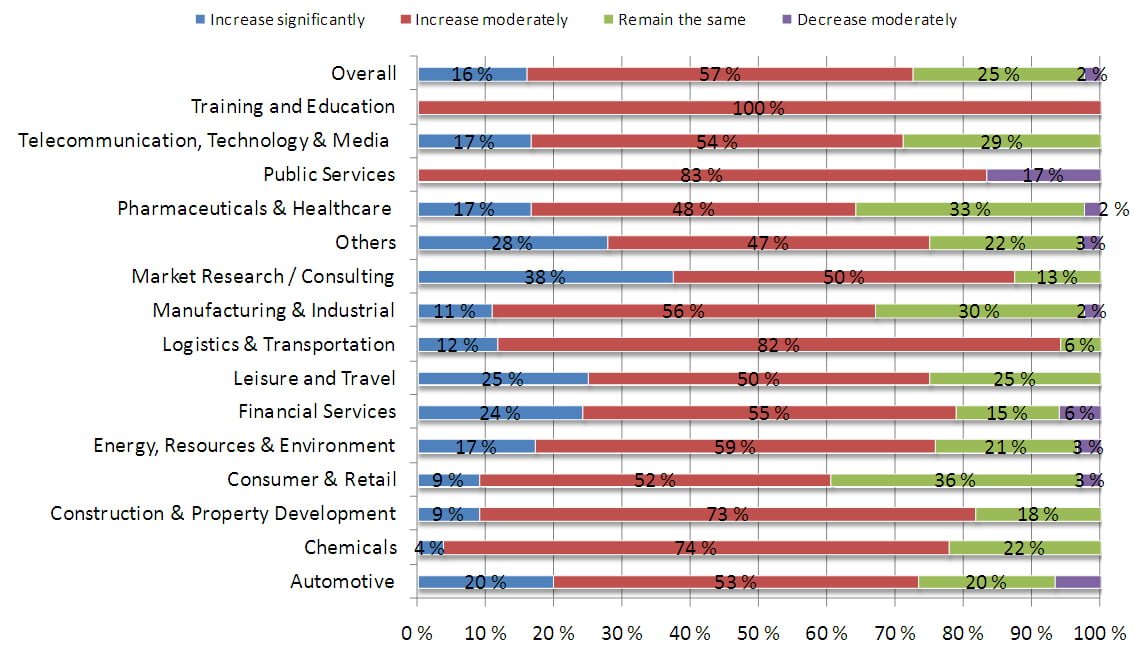 Could the recession have been a “˜blessing in disguise’ for Market Intelligence activities? Companies have had to focus and prioritize, and while doing so, to think about what Market Intelligence is absolutely vital, why, when, and to whom. In such an environment, there is no room for information that is simply “nice to know”.

Only 55% of respondents will actually do so over 2010/2011 – perhaps due to perceived uncertainties about the future. In fact, 14% actually plan on decreasing their investment in Market Intelligence overall.

* Market Intelligence or MI is the discipline where organizations systematically gather, process and analyze information from their operating environment to facilitate decision-making.