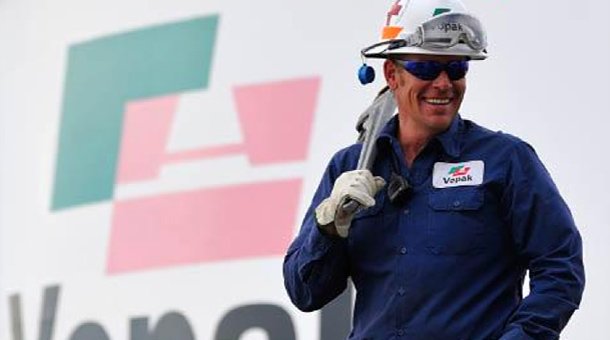 Royal Vopak started using the World Class Market Intelligence Roadmap right from the beginning in 2007 to set milestones and yardsticks for progress measurement in the intelligence initiative. In October 2007, Rene Loozen considers that they had largely reached Level 2 with regards to all Key Success Factors in the Framework, while the status in February 2009 was approaching Level 4. In the following we will look into what has happened in between.

Interviewed for this case was Mr. Rene Loozen, Business Intelligence Manager in the Commercial Excellence Department at Royal Vopak, a Dutch company and the world’s largest provider of conditioned storage facilities for bulk liquids.

“We started the journey towards more systematized intelligence operations in 2007, says Loozen, who describes the starting situation as follows:

At the same time, a number of market developments suggested that bringing the intelligence activity to the next level was in order:

“As a result, we understood that we needed to take an approach to intelligence development where different aspects were developed in parallel”, Loozen says. “M-Brain (formerly GIA)’s World Class Market Intelligence Framework seemed to fit the purpose well”, he continues.

Having completed the very first tasks such as intelligence status analysis and the formulation of Business Intelligence objectives and working principles, Vopak had an initial idea of how the intelligence activity should be developed, going forward.

A “Business Intelligence mission statement” was articulated as “to increase our competitiveness through a better decision making process, which is based on better analysis of and maximum insight in our business environment”. Also, at Vopak “We don’t want to be surprised” gained support as a tagline for the intelligence activity.

The main goals for Business Intelligence were identified as:

The Business Intelligence network described in the beginning was also set up in the same conjunction, and since it was soon understood that an intelligence platform was also needed to support the intelligence process, a software tool was selected and implemented to serve the purpose. “We definitely didn’t want to start developing something from scratch in-house, simply to save time and effort for more important things. That’s why purchasing a software product was an obvious choice for us”, Loozen comments.

Rene Loozen describes the evolution of the Intelligence Scope at Vopak: “We understood that the scope of the intelligence activities must be rather broad if we were to really understand change and to identify emerging business opportunities. Naturally the scope also needed to link to the expertise areas of the members in the Vopak Business Intelligence Network.”

Business Intelligence efforts were subsequently organized around the following topics:

The portfolio for Intelligence Deliverables has also come a long way since mid-2007:

“I believe now that we are on level 4 on M-Brain (formerly GIA)’s World Class Market Intelligence Framework”, Rene Loozen says in February 2009. “We have all the fundamental elements in place, and have now shifted the focus on raising the level of analysis of our deliverables, and on developing the “˜soft’ issues such as the culture of knowledge sharing within the organization.”

“To conclude, it is my feeling that we now have a broad scope but also analytical depth in what we produce”, Rene Loozen says. “We are future oriented in our approach and frequently use scenario analysis in combination with forecasting as methods to understand the future dynamics of our industry. One example is that we have a project focusing on as far as the year 2035″, Loozen continues. “We have an intelligence network in place and are producing deliverables that have been tied into our strategic and operational business processes. We also have an Intelligence platform to collect, store and share our business information and intelligence reports.”

Intelligence culture: “People are sharing more and more knowledge, and we also enjoy the strong support of our Board to the intelligence operation”, Loozen says, “but I still think we could do even better. I guess the challenge is that people are on different levels of experience with regards to intelligence, which does influence their willingness to share market information.”

Marketing of the Intelligence Activities: “One of the tools to enhance the Intelligence Culture is definitely marketing, which in our case is a quarterly Newsletter that our Commercial Excellence department publishes. Business Intelligence plays a big role in the publication already, but we still need more concrete examples of success stories”, Loozen explains.

Step by step development process: It is important to focus on one step at the time, and to do it according to a proper intelligence implementation plan of which the World Class Market Intelligence Framework is a useful example in our experience. Good contacts with management in order to prioritize the work are of course also essential.

Support from the board: It is of course vital to have the top management’s support, and as few layers between management and the intelligence operation as is meaningful.