“Post-China” Diversification and Reshoring to Continue

Many are now looking at diversifying locations “post-China” or even re-shoring back to their original home markets. Manufacturers are also concerned about growing labor unrest and production strikes in China, amidst increasing labour costs. The National Bureau of Statistics in China recently released figures showing a 14% increase overall in private-sector wages throughout the country in 2012. Between 2006 and 2011, labor costs in the coastal regions in China rose by 120%.

Hewlett-Packard for one, has simplified its processes and leverages economies of scale on a global footprint. It has plants in Chongqing, western China, which target the fourth largest PC market in the world. On the other hand, its plants in Russia and Turkey serve markets in Central Asia, Eastern Europe and the Middle East. 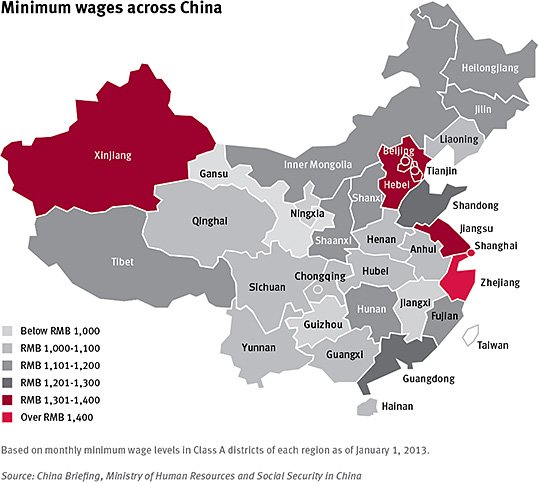 Diversification, based on product category

While China will continue to remain a key electronics production hub, many manufacturers, including Chinese ones, are hedging their bets and diversifying their footprint.

The world’s largest electronics manufacturing services (EMS) company, Foxconn, has been moving westward inland in China and has opened new factories in Taiwan for the first time. Some Chinese electronics firms such as Haier and Hisense, have been investing in Africa and Latin American countries. Others are moving to Southeast Asian manufacturing hubs, with Indonesia being an emerging market and production base.

It is interesting to note that while home appliances and consumer electronics companies tend to share similar site selection criteria, they differ in their location, sourcing, and outsourcing strategies.

Consumer electronics companies, particularly those producing laptops and mobile devices, prefer to be closer to their suppliers and may even outsource their production. Chinese manufacturers will even try to get their key suppliers to be based in the same production complexes.

Home appliances on the other hand, locate their factories close to market demand while sourcing higher-value components such as electronics, motors PCBA, and compressors from other parts of the world.

Growing shipment fees are increasingly offsetting the cost advantages of manufacturing lower production runs in China and other low-cost regions. For small-to-medium sized manufacturers, this will become an increasingly prohibitive factor against manufacturing overseas, particularly if the production involves transfer of proprietary design and technology. For creative start-ups, the advances in 3D technology will enable them to seriously consider manufacturing locally or focus on selling designs only.

With that said, large manufacturers such as the likes of Electrolux, Apple, and indeed Foxconn are increasingly setting up new factories in their original home markets, drawn by government subsidies that aim to create manufacturing jobs and the ability to reduce go-to-market cycles. As markets for products such as electronics goods become more competitive, there will be growing pressure on manufacturing lead time and customer delivery.

All of these will create new unforeseen opportunities for home-grown manufacturing.