How CEOs Should Determine Market Intelligence Budgets In Uncertain Times 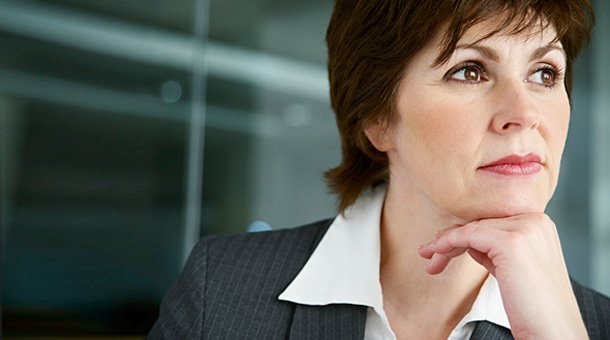 May 23, 2012. Many competitive intelligence budgets have been affected by the economic downturn in North America and the European debt crisis, with some budgets reduced by as much as 50%. Are CEOs approving such drastic budget cuts to the detriment of the long term competitive advantage of their companies?

We ask Hans Hedin, author of the Handbook of Market Intelligence for his comments.

Q: How much should CEOs spend on market intelligence?

‘”As a rule of thumb, a typical market intelligence budget is between 0.04% and 0.1% of corporate turnover. This increases depending on how complex a business is. If you have many products or services in your business portfolio and cover many markets, you need to invest more, say between 0.2% and 0.4% of your revenues.

If you are a CEO of a B2C company, you need to add a lot of consumer research on top of that. This might lead to the situation where you invest 0.4% and 0.7% of your revenues in market intelligence – or even more.

But frankly, many companies do not really know how much they invest in intelligence, since there may not be a way to classify market intelligence and hence the budget spent on it. In addition, market intelligence projects may also involve money from special projects’ budgets related to a specific market, technology or competence development.

It is important to have some sort way to monitor your market intelligence budgets, so that you are able to benchmark the returns on the function and work towards world class levels, something we talk about as well in the Handbook of Market Intelligence.”

Q: Do budgets vary by industry or geography?

“Yes, in some regions and industries, where market intelligence is a more established profession, budgets tend to be larger.

According to the results of the 2011 Global Market Intelligence Survey conducted by M-Brain (formerly GIA), North America and Western Europe have the largest budgets; while emerging regions like Russia, Central & Eastern Europe, and Latin America have substantially smaller average budgets.

When comparing industries, the largest budgets appear to be in the automotive industry as well as in pharmaceuticals and healthcare. However, the result may partially be due to companies being on average larger in these highly consolidated and mature industries.” 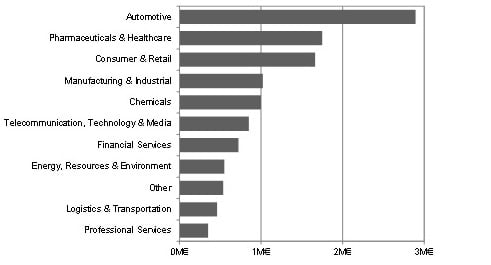 Q: With the economic uncertainty, companies have been cutting costs. Do you think market intelligence budgets will be affected? Why?

“Many corporate intelligence budgets have been affected, with some budgets reduced by as much as 50%! We see this in companies that treat their market intelligence program ““ a possible resource of customer and product innovation insights – as cost centers. This can be likened to “shooting yourself in your foot” and still expecting to race well in a marathon.

Let’s illustrate this with an example from one of our clients, a global technology service provider. During the economic downturn in 2008, they chose to invest their intelligence budget into identifying industries that were in need of support and were eligible for funding from economic stimulus packages in the US. Thereafter, with the market intelligence gathered by M-Brain (formerly GIA), they developed customer-centered strategies with cross-product solutions and industry experts. The few tens of thousands they invested in market intelligence resulted in revenue opportunities of over $2.6 billion to date. The outcome of such projects clearly shows the potential financial benefits and ROI of intelligence that is well planned and executed. In the case of this client, they did not treat market intelligence as a cost center but rather a profit center.

In other cases, companies that are focusing on reducing headcount are simply outsourcing their intelligence activities to external service providers.

In general, budgets for market intelligence will also tend to be more stable when the function is heavily embedded into key business processes.”

Q: What mistakes are companies making today, as economic concerns influence their views?

“CEOs should not allow pessimism over the economy to cloud their views on their business horizons. There is a tendency to keep the focus narrow and only on the present. It’s all about “sticking with the basics”. But the “basics” may reflect a strategy decision that was taken five or ten years ago. This is a challenge every company faces during the good times, but is one that gets further accentuated during economic downturns.

Companies still need to have a view on their future to understand what might happen two, five and 10 years from now, based on market changes today. If a company is slow in realizing how the future will develop, they will have little chance of matching the opportunities with their offerings and leading the market.

We know of companies that conduct scenario analysis for anywhere from one year to 50 years. P&G run Future Games in order to understand competing product launches one year into the future. Over the last 10 years, Ericsson have developed forecasts with one to five year outlooks on a corporate level. Cisco conducts megatrends analysis to understand how today’s trends will affect the future in 10 to 20 years.