« M-Brain to Build a New Nordic Media Intelligence Alliance
Friday Five – This week, 10% off for your data; brick and mortar redux and more »

This week, PayPal checks out from Libra, Glenlivet in a pod, getting ready for Gen Z, and more 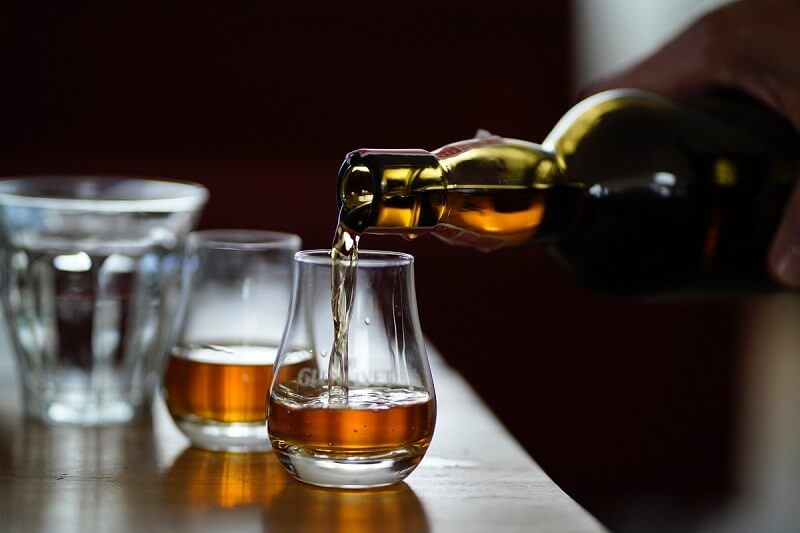 Like many a poorly matched Tinder date skipping out before the check is even paid, PayPal is the first to leave behind Facebook’s Libra project.

It is the first member to leave the Libra Association, but not without the whispers of others who might also be set to pack their bags and run: both Visa and Mastercard are rumored to be doubting the new project. And that’s not all – just like overinvolved parents, two state senators are also urging Mastercard, Visa and Stripe to reconsider their involvement with Libra and to take a careful look at its regulatory implications.

This urge to leave the risky new cryptocurrency behind could be for a few key reasons. PayPal has admitted to bad investments before, including losing $228 million on investments in Uber before its IPO. The scrutiny against Libra continues to grow, as Mark Zuckerberg is being called to testify before U.S. congress about Libra and explain the impact that this project will have on the financial services sector, including cybercrime and consumer privacy.

Libra still plans to launch in June 2020. Whether it will still have the full backing of its 27…wait…26 members of its Libra Association behind it remains to be seen.

Ringing in first ‘Made in Africa’ smartphone

Rwanda’s Mara Group has launched first “Made in Africa” smartphones. Two models, priced at $130 and $190 respectively, will shoot for a mid-range cost-wise on the domestic market. More consumer choice is coming to the fastest growing continent set to benefit from a young population, rapid urbanization, and rising incomes.

With notable exceptions of Algeria, South Africa, Nigeria, Morocco, and Egypt, smartphone penetration rate in Africa is among the lowest in the world. However, it is growing faster than anywhere else, up over 25% in 2018 (and 33% in Sub-Saharan region). Africa is at a tipping point, with telecom market growing by nearly 7% each year, and mobile data usage growing four times faster than mobile voice.

Everybody loves emerging markets, especially the frustrated smartphone makers hand-wringing over stagnation that’s been apparent for a few years now. Just as desktop PCs eventually reached a saturation point, so did smartphone shipments. Increasingly tech- (and wallet!) savvy consumers in US and Europe are waiting longer before upgrading, seeing little benefit in treating their devices as if they were fast fashion items. Add to that the unyielding competition from China and macroeconomic clouds on the horizon, and you’ve got a plateau. Tapping into Africa would be just what the doctor ordered, but success would require a more sophisticated approach to both pricing and choice. Nobody has managed yet to turn the clock on rising income disparity on the continent, so figuring out just who exactly is your “average” customer would be a solid first step.

Beef that’s to infinity and Beyond!

Straight from a science experiment, astronauts for the Aleph Farms project have successfully grown meat in space. But not just grown, they bioprinted a steak using bovine cells to show that it’s possible to create meat as a “slaughter-free, eco-friendly” option, with half the greenhouse-gas emissions. The innovation is out of this world and cell (a.k.a. laboratory-grown) meat has enormous potential to significantly reduce beefs’ resource-heavy and greenhouse gas-emissions burden. Despite Americans and Europeans apparently cutting down their intake of meat, or swearing it off completely, it hasn’t had an impact on the consumption of meat.

With demand rising for alternative meat products at a time when the highly processed products’ healthiness is being called into question, showing the possibility of cell-based meat being possible in extremely harsh conditions is a major win. Laboratory-grown meats, that enjoy investments of millions from the likes of Bill Gates, could mean less processing as its meat-imitating competitors and could also significantly reduce greenhouse gas emissions. With this, eco-friendly omnivores can have their meat and eat it too.

With the looming student debt crisis in the US ($1.5 trillion and counting), Millennials have received a lot of flack for ruining certain industries – Napkins! Diamonds! And mayonnaise, oh my! But, now it’s time to turn attention to Gen Z, the generation that will supposedly “save the world.” With the average student graduating college with $30,000 in student loans and high levels of underemployment for the 50% who complete their degree, will Gen Z radically transform, or wreck, the college industry? Part of the underemployment cycle is that colleges and universities haven’t kept up with the digital skills that employers want, and employers are unable, or unwilling, to hire employees without the skills, creating a vicious cycle.

Gen Z is accustomed to the sharing economy lifestyle, where things are accomplished with speed, ease and convenience. They don’t want to forego education, but they want it faster and cheaper. Industries are turning to apprenticeships and gamification to attract talent. Gen Z is about 61 million strong, and, chances are, what they ask for, they will get. However, with their focus on work-life balance and growing from failure, this bunch has the possibility to change the archaic nature of educational institutions and the workplace.

I’ll take that drink in a pod, please

Likely in a new marketing scheme to attract the Tide Pod eating Gen Z generation who are beginning to turn the legal drinking age, Glenlivet has created the new whisky cocktail pod. The new creation encases three different whisky cocktails in a pod made of seaweed: no ice, no glass, no stirring needed.

Glenlivet’s “Original By Tradition” slogan might not quite fit the bill anymore, as it breaks all traditions of the standard whisky drink. No longer a beverage meant to be savored and sipped slowly, it will explode in your mouth like an adult-themed Fruit Gusher, leaving behind a deliciously tasteless seaweed pouch that must then be swallowed. Yum. Some people have said that Glenlivet has simply reinvented the Jell-O shot, while others have commented it resembles a tiny version of a whisky IV bag.

Glenlivet isn’t the first company to try an out of this world marketing scheme to revitalize business, and it definitely isn’t the first to try and re-brand its image for the younger generations. And while this marketing ploy could be seen as silly to some…it might be doing the job by generating a buzz. One thing can be certain, whether whisky pods are for a limited time only, or whether they are here to stay: like the Tide Pod challenge before it, Glenlivet’s whisky pods will live on in internet infamy for years to come.

Is someone eating your lunch?

« M-Brain to Build a New Nordic Media Intelligence Alliance
Friday Five – This week, 10% off for your data; brick and mortar redux and more »
Contact Your Local Office »