Seven World-beating Industries from China to 2018 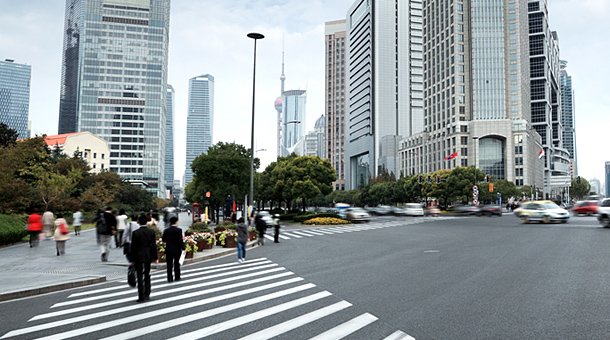 July 10, 2014. China is still the land of opportunity. Amidst the buzz, what are the most promising investment opportunities in China’s nine trillion dollar economy to 2018? Here are M-Brain (formerly GIA)’s top picks for industry sectors that demonstrate the most promising growth and relatively under-tapped markets.

Buttressed by favorable government policies such as the twelfth five year plan (2011-2015), annual e-commerce transactions in China will increase from $35 billion per year in 2009 to a forecasted $540 billion in 2015, according to M-Brain (formerly GIA)’s analysis.

By 2015, e-commerce in China will account for 10 percent of total retail transactions, fueled by several factors. Firstly, mobile e-commerce is accessible at times convenient to consumers. According to data from Taobao, 10 o’clock in the evening is the most preferred time for mobile shoppers. This coincides with the closing times of many brick-and-mortar stores. Secondly, the growth of social media in China is increasing access to product marketing, user assessments and advice from key opinion leaders, all of which are important drivers for consumer purchases in China.

As online shopping becomes more pervasive, internet retailers in China will need to develop holistic sales strategies in order to push their online products through brick-and-mortar stores as well. We are already beginning to witness this with the transition of the online retailer, RedBaby, after it was bought by Chinese retailer, Suning Commerce Group. Suning successfully pushed Redbaby into the physical realm, by offering customers of its baby care products both online access and the option to see and feel the products before purchasing them.

Of the traditional brick-and-mortar retailers that are moving their offerings online, high-end retailers will struggle the most with providing the same level of luxury services online, without the benefit of controlled in-store environments and superior high-end delivery infrastructures. As the market becomes more saturated and novel sales tactics more common, it is to be seen how Chinese companies will continue to innovate in order to attract new sales.

Chinese handset manufacturers have shown themselves to be aggressive and relatively successful players in the largely under-tapped low-cost smartphone market – a sector Samsung and Nokia have been unable to conquer for years.

The rate of adoption of smartphones in the under $200 segment in China is very significant and we expect to see growth of this sector outpace the rest of the market.

International phone reviewers have responded positively to Chinese discount smartphones, favoring the friendly user experience provided at lower prices versus standard smartphones available today. Boosted by this, Chinese companies Xiaomi, Coolpad, and Lenovo have targeted other developing economies outside of their home country, including India, Brazil and the Philippines.

Most of the growth will be concentrated in the next two years before the market becomes saturated by 2015. Chinese discount smartphone developers will have to aggressively convert 60 percent of their home population of mobile phone users that have yet to switch to smartphones, dominantly lower income groups.

The total number of smartphones and tablets in China reached 550 million in the last quarter of 2013 – and an astonishing 96 percent of those were mobile gamers. China’s mobile gaming market is expected to generate revenues of US$3 billion by 2014 and overtake America, according to reports by China Daily.

Innovative games in China with group-play and free-to-play options have seen enormous growth, and new players have been entering the market with great success. WeChat’s free-to-play social games exploded in popularity since they entered the market at the end of 2012. The gaming platform is expected to account for 73% of revenues for WeChat (USD 351 million) by the end of 2014. There is still room for new innovative games, particularly social games that are similar to Facebook games or Japan’s LINE game platform.

With the growth of discount smartphones, gaming businesses can target previously difficult-to-reach consumers, particularly in China’s tier three and four cities. According to research by KPMG, tier four city consumers spend nearly as the same amounts shopping online as their tier two and three city counterparts, despite earning over 50% less than their tier one city counterparts.

The online game market is notoriously competitive; it is also fluid and quick to dispose of unsatisfactory games. Before it reaches a period of consolidation, companies must learn Chinese gamers’ preferences and tailor their games to them accordingly.

Chinese gamers should not be painted with the same brush. Gamers in eastern regions have little in common with those in western regions. Localization of games to regional tastes is a priority, from localized outdoor settings and famous regional attractions, to food and beverage and cultural nuances.

Chinese tourists spent US$101 billion abroad last year, and although impressive, it’s just the tip of the iceberg. In fact, the number of passport holders in China in 2013 was estimated to be only four percent of the total population. As such, large opportunities for a wide range companies exist in outbound tourism.

Chinese travelers are becoming more affluent and are increasingly frustrated by VISA and language barriers, looking for locations that cater specifically to Chinese tourists. High-end hotel brands in international locations have done well catering to China’s growing middle class, but mid-range offerings are still hard to come by for Chinese abroad.

In 2010, China became the largest single market for automakers around the world, with sales surpassing that of the US. McKinsey predicts that auto sales in China will increase by 8 percent by 2020. Analysts at IHS Automotive not only see an increase in car sales, but also in production, with an increasing number of cars being manufactured in China. By 2021, analysts say half of the world’s automotive production will be located in China.

In 2013, US$5.1 billion of vehicles were exported into China with heavy levies. In May 2014, levies of 21.5 percent on imported large cars and sport utility vehicles into China were dropped, providing a level playing field for larger foreign-made cars. 2014 car sales in China for American manufacturer, General Motors, are set to easily surpass their sales in 2013.

In an effort to reduce traffic congestion, local governments are likely to step up restrictions on vehicles in cities. These may come in the form of restrictions during peak times or in the number of days a car can be driven in a given week.

Analysts should not be put off by China’s polluted environment. In fact, China develops more clean technology than any other country, and has set aside $330 billion for clean technology investments over the next five years.

In March 2014, Li Keqiang, the Premier of the People’s Republic of China, declared war on pollution, thus opening the door for innovation and investment in clean technology in China. It is likely that the regulatory path for manufacturers of domestic clean tech products will be eased, while local companies and joint ventures will find easier access to capital. City officials in Shanghai have even waved the cost of a license plate (worth US$15,000) to residents who buy electric cars.

The country is quickly becoming a destination for manufacturers of clean technologies. For instance, China’s auto company, FAW Group, will invest over $200 million in a partnership with the Gates Foundation to build a factory to produce 100,000 of their Ecomotors fuel-efficient engines a year.

While the amount of funding is encouraging, innovative companies seeking access to capital will undoubtedly need to consider the difficulties in enforcing local laws to protect their intellectual property rights. The funding allocation will likely be tied to other government initiatives, and it is reasonable to assume that clean air technology will take priority in China’s fight against air pollution.

China’s massive infrastructure spending will increase in 2014 through three central government initiatives according to Reuters: railway spending of US$128 billion, development of housing infrastructures worth US$162 billion, and the issuance of bonds and other fund raising activities by local municipalities. China’s impressive urban rail plans in particular, are a must watch for businesses involved in infrastructure, transportation and facility planning. Four of the world’s most used urban rail metro systems can be found in China. For US$0.32 per trip, the Shanghai Metro transits 2 billion commuters to and from work per year.

Increasingly, analysts are speculating China will buffer its strategic economic slowdown with more investments in infrastructure. According to Reuters, this has proven true once again as the central Chinese government has, without notice, told local governments to disperse of their entire 2014 budgets before the end of June 2014 in order to shore up the economy. Further, utilities taxes will be combined and reduced to three percent from July 1, 2014. Funds from provincial budgets have targeted transport infrastructure. Currently there are 12 urban rail lines under construction and 24 lines in the proposal stage in China. M-Brain (formerly GIA) predicts that these projects will benefit from increased investment, potentially saving $3.9 billion for those involved.

Pollution is on the radar of officials in China and industries such as steel, mining, and heavy manufacturing will see increasing pressure to cut down on their output. Fines are expected for factories that produce high levels of pollutants, particularly for steel manufacturers, which are scattered through central China.