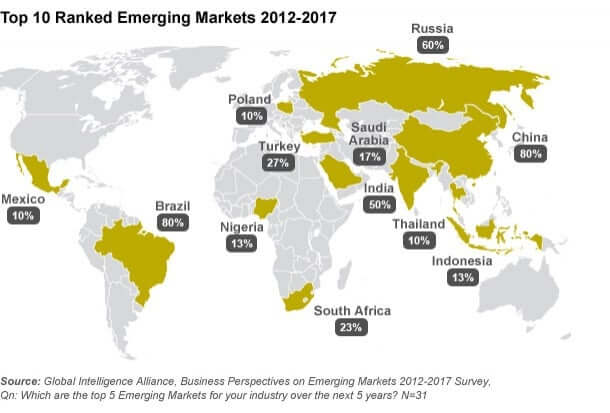 But almost all (96%) of those surveyed admit they could have done something differently in their Emerging Markets strategies. The biggest regrets relate to missing out in terms of both speed and adapting to local conditions.

In April-May 2012, M-Brain (formerly GIA) conducted an online survey amongst business managers at 431 large and mid-sized companies around the world, 31 of which were companies headquartered in Germany.

Here are some other top line findings: